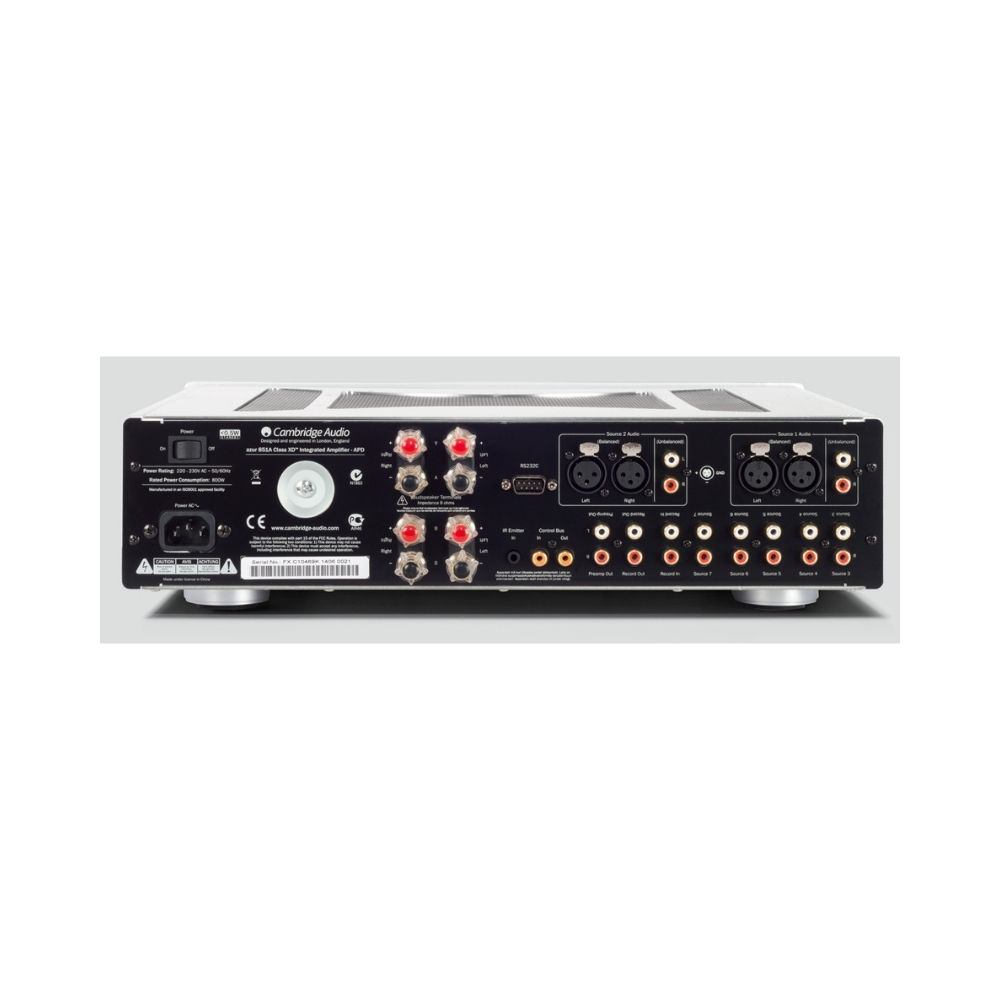 When Cambridge Audio set about developing their 851 Series of hi-fi separates, the brief was simple: to make a hi-fi that not only sounded better than anything else out there, but one that was flexible enough to meet the needs of every serious music lover. With this in mind Cambridge Audio created a system capable of delivering stunning results from all your music whether it’s stored on CD, vinyl, your computer, or even your phone.

Developed at Cambridge Audio’s R&D centre in London, the 851 Series offers the perfect balance of powerful performance, amazing levels of detail, and innovative features designed to tease the best from your music, however you choose to listen.

Perhaps most importantly, the 851 Series has been developed as a complete system with complementing features and synergies. Not only does this give you the very best balanced system, but one that’s incredibly easy to use despite its impressive technical performance.

The 851 Series has also been developed strictly to Cambridge Audio’s famous Sound First design principles. The core aim of the series is to reproduce your music as faithfully as possible – nothing else matters. We believe the 851 Series achieves that and the critics seem to agree. Now it’s your turn to listen and judge for yourself…

Like all Cambridge Audio products, the 851A adheres to our three core values: stunning performance, ease of use and incredible value.

Capable of delivering an enormous 120 watts of high-quality power, it benefits from two audiophile-grade toroidal transformers: one for the sensitive preamp section and one for the power stages allowing the 851A to deliver its immense output without stress. This incredible speaker-taming amount of power can be precision-controlled with another innovation found in the 851A – the new fully balanced silicon gate volume control, which gives very fine adjustment across the volume range and highly accurate channel-balancing.

Because everyone’s needs are different, the 851A offers two main types of connectivity: the more commonly found RCA/Phono inputs, plus two pairs of fully balanced XLR connections. Our matching 851C upsampling CD player also features both types of connection, allowing you to connect your system in the very highest quality possible.

Speaking of flexibility, you can even control your iPhone, iPad or iPod using the 851 Series remote control when they’re docked in our matching iD100 digital dock.

Unlike many high end amplifiers which excel in one area over another, we believe the 851A offers the perfect combination of high performance, flexibility and ease of use. It’s designed to take your listening experience to an entirely different level and we invite you to audition our best amplifier to date at your nearest Cambridge Audio specialist.

Class XD, a proprietary Cambridge Audio technology, is a unique amplifier circuit design created to offer the optimum sound quality currently available from existing amplifier configurations, whilst retaining the high power levels required for truly dynamic performance. It was conceived by our London-based engineering team to combine the best of both worlds from Class A and Class A/B amplifier operation.

Class XD (crossover displacement), gives the benefits of pure Class A operation at low levels and eliminates the distortion associated with conventional Class B operation as the fragile audio signal passes though the zero crossing point from transistor to transistor. Distinct from Class AB, XD technology feeds a controlled current into the output stage in such a way that the usual Class B crossover points no longer occur either side of zero volume – the worst possible position in terms of distortion – but displaced to a point where the transfer functions of the transistors are better matched, at a significant output level where it is less audible. The system operates outside of the feedback loop so is not directly involved in the signal amplification itself.
The result is a smooth and linear transition between the two key operating modes, Class A and B.

The benefits of this approach give the sonic refinements of Class A operation and the uncompromising efficiency and power of Class B operation. In fact, the new 851A delivers a gigantic 120 watts per channel – enough for the most demanding speaker set-up.

A + B Speaker Outputs

Cambridge Audio has a rich history of developing innovative home entertainment products designed to capture every last drop of detail from your favourite music and movies.