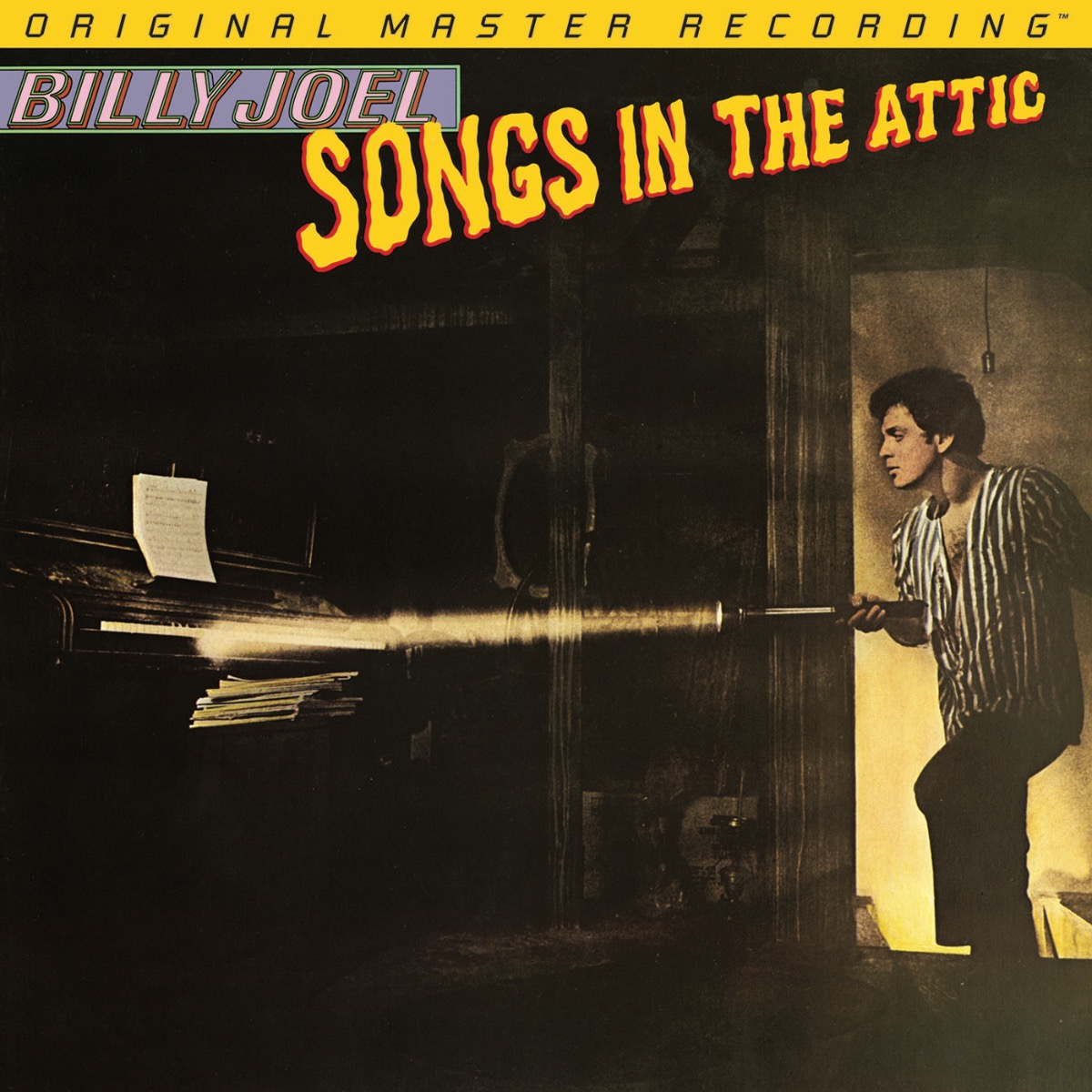 Taking You to the Stage: Mobile Fidelity Version Pulls Gives You a Dead-Center Seat and Wonderful Sonic Perspective.

Great live albums often function as documents of a performer’s stinting onstage abilities, stopgaps between studio albums, introductions to a musician’s earlier work, and/or opportunities for familiar material to be showcased in superior ways. Songs In the Attic serves all of these purposes and more. As Billy Joel’s first live album, it’s still his best, punctuated by dynamic renditions of favorites and deep cuts, and augmented by a tested band in sync with the pianist.

A vital component of Mobile Fidelity’s Billy Joel catalog restoration series, Songs In the Attic is mastered from the original master tapes and pressed on 180g LP at RTI. The resulting presentation effortlessly outshines that heard on all previous editions of this 1981 set. Joel’s piano possesses fuller body and lifelike resonance. His veteran group’s contributions emerge with newfound clarity, dynamics, decay, and extension. Balances are supreme, and shades and colors blend, amplifying richness and presence.

On the heels of three multi-platinum albums and a commercial breakthrough, Joel released Songs In the Attic to both tide fans over until 1982’s The Nylon Curtain as well to feature material in a looser, warmer setting. The record highlights not only the singer’s consistency and knack for indelible melodies, but savvy live techniques. Upbeat tunes such as “Everybody Loves You Now” receive a more fleshed-out treatment that yields added punch and swagger, while balladic numbers like “I’ve Loved These Days” take on a cozy warmth akin to the feeling of putting on a sweater on a cool fall day.

Songs In the Attic also bridged the gap for listeners for whom Joel was then a new entity, as many didn’t come to his music until The Stranger. Hence, tracks like “Captain Jack” and “The Ballad of Billy the Kid,” from Piano Man, get a fresh identity, particularly courtesy of a backing band that, by then, had been gigging with Joel for years. No wonder that, unlike a majority of live records, Songs In the Attic yielded two Top 40 pop hits: “Say Goodbye to Hollywood” and “She’s Got a Way.” No matter from what angle it’s viewed, the set stands as one of the most important and enjoyable live records ever released.
TRACK LIST