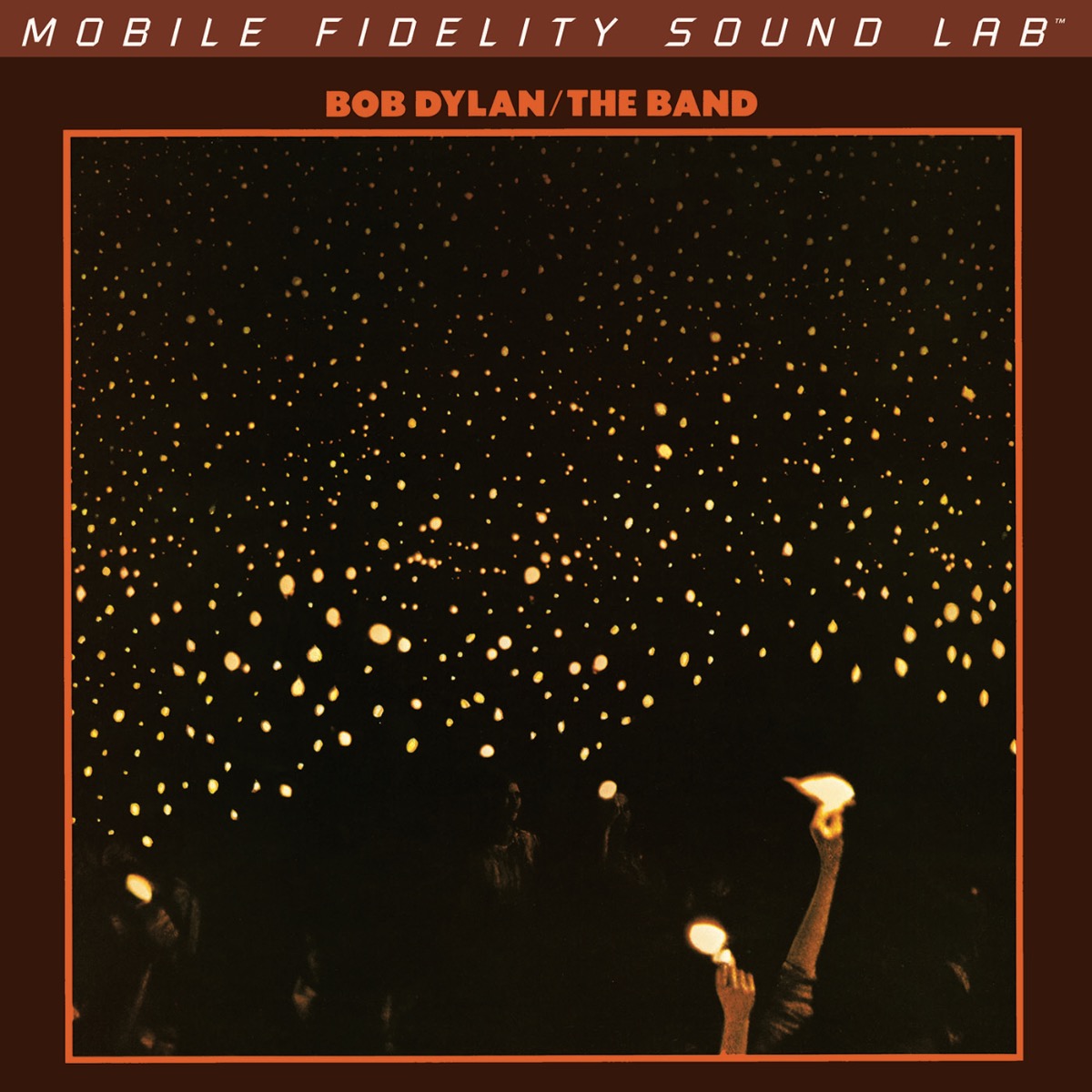 Details
Bob Dylan and The Band Before the Flood on Numbered Edition 180g Vinyl 2LP from Mobile Fidelity.

The live reunion of Bob Dylan and The Band during 1973-74 yielded one of the decade’s most celebrated, dynamic, and astonishing tours. Captured on Before the Flood, the results portray the two artists’ shared chemistry as well as Dylan’s instinctive ability to challenge audiences, his group, and himself via inventive rearrangements of classics that simultaneously ward off nostalgia and renew with meaning. Said by noted critic Robert Christgau to be “at its best, [the] craziest and strongest rock and roll ever recorded,” Before the Flood crackles with intensity, relevance, and unhinged performances.

Mastered on Mobile Fidelity’s world-renowned mastering system and pressed at RTI, this restored analog version cracks wide open the ceiling previously obscuring many of the tonal details, revealing microdynamics, and vocal nuances on the recording. Distinguished with an immediately recognizable sound, The Band comes across in three-dimensional form, while Dylan takes center stage, feet from your listening chair. They play like two souls in communion, a facet displayed here courtesy of the increased airiness, enhanced soundstage depth, and lifelike imaging.

There’s so much new information here, this already-iconic album only gains in stature. As experienced on Mobile Fidelity, Before the Flood now unquestionably takes its place as one of the ten-best concert releases ever made. Notes are rounded, Garth Hudson’s organ claims a tube-like glow, Levon Helm’s drumming possesses its own space, voices are perceptible all the way down the singers’ throats, and Dylan’s awe-inspiring phrasing resonates with palpable urgency. Audiophiles and Dylan fans, prepare to be astonished.

Arriving at a crucial time for both Dylan and The Band, Before the Flood is the furthest thing possible from a nostalgia trip. It’s where Dylan begins his now-trademark feat of turning songs upside-down, taking risks, challenging expectations, and leaving audiences riveted to the edge of their seats in anticipation of what might come next. He sings with unabated passion, the moods spanning bitterness to jubilation. And his willingness to play fast and loose with the music gives way to compelling shifts, under-the-surface textures, complementary intricacies, and a sense of newness and discovery on par with that of an adventurer embracing total freedom.

Before the Flood buries any notion of limits, safeguards, or borders. It is an open map, each song a route begging for exploration without need or concern for exactness or an appointed leader. Collaborative in every sense, it’s a portrait of six inimitable musicians feeding off one another, trusting in their past history as they hurdle towards uncharted territory, using soulfulness as a compass and opportunity as their vehicle.

Wholly different than the live episodes heard on Bob Dylan Live 1966, The “Royal Albert Hall” Concert, Before the Flood is equally seminal and, from the perspective of witnessing an artist dare not only his audience but himself to break through to a new plane, even better. Utterly astounding.

Side 2
1. Up on Cripple Creek
2. I Shall Be Released
3. Endless Highway
4. The Night They Drove Old Dixie Down
5. Stage Fright