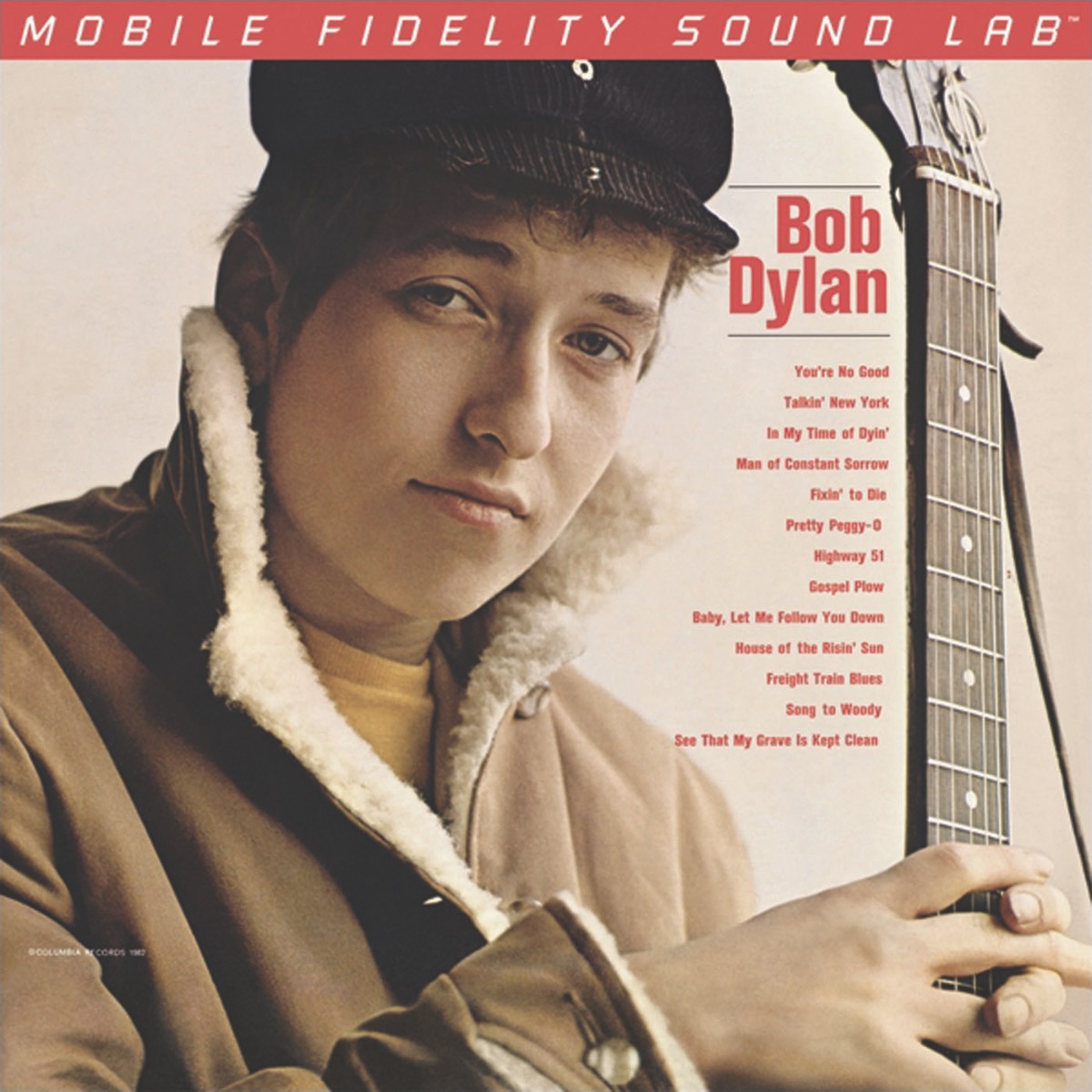 Ghosts of Woody Guthrie and Blues Legends Appear Throughout Recording of Originals and Covers.

Bob Dylan’s self-titled 1962 debut is as understated of an entrance as any significant musician as ever made. Already well-versed in American roots music, Dylan simultaneously pays homage to tradition and extends it by putting his own stamp on classic material that metaphorically functions as the soil of our contemporary songs and styles. Free of ego, and performed with masterful conviction, Bob Dylan ranks with the debut efforts of similar artistic giants Elvis Presley and the Rolling Stones.

Mastered on Mobile Fidelity’s world-renowned mastering system and pressed at RTI, this restored 180g 45RPM 2LP analog version brings the contents of this seminal release as closest as they’ve ever come to master tape-quality. Transparent to the source, the simple sounds of Dylan’s voice, acoustic guitar, and harmonica take on lifelike perspective and dimensions–the “husk and bark” to which Robert Shelton referred in his now-legendary New York Times review of a Dylan appearance at Gerde’s Folk City. MoFi has made possible an inexpensive time-traveling trip back to the Greenwich Village coffeehouses and folk clubs in which Dylan cut his teeth, albeit in much better fidelity and without any annoying background noise. Wider grooves mean more information reaches your ears.

Much has been made of the commercial indifference that greeted the album upon its low-key release. Yet focusing on sales figures and the reaction of a public not yet hip to Dylan’s name or music is to miss the forest for the trees. Distinguished from the era’s other folk efforts by way of the determination, brazenness, and lived-through-this worldliness Dylan approaches the material and sings the songs, Dylan lays the groundwork for the path he’d soon trailblaze and everyone else would follow.

By nodding to Woody Guthrie at the same time he completely re-imagines a sobering tune such as Blind Lemon Jefferson’s “See That My Grave Is Kept Clean,” Dylan straddles the past and future. He also displays, with challenging authority and savant-like expertise, the ability to handle weighty topics such as death, sorrow, and lamentation with the vaudeville flair, bluesy mannerisms, and poignant command of an artist three times his age.

As Dylan scholar and pop-culture critic Greil Marcus observed in 2010, “Everybody knew Joan Baez and the Kingston Trio; if you knew Bob Dylan, you knew something other people didn’t, something that soon enough everybody had to know. Within a year, an album could put an adjective in front of the singer’s name as if it were already common coin.” It all starts here.
TRACK LIST