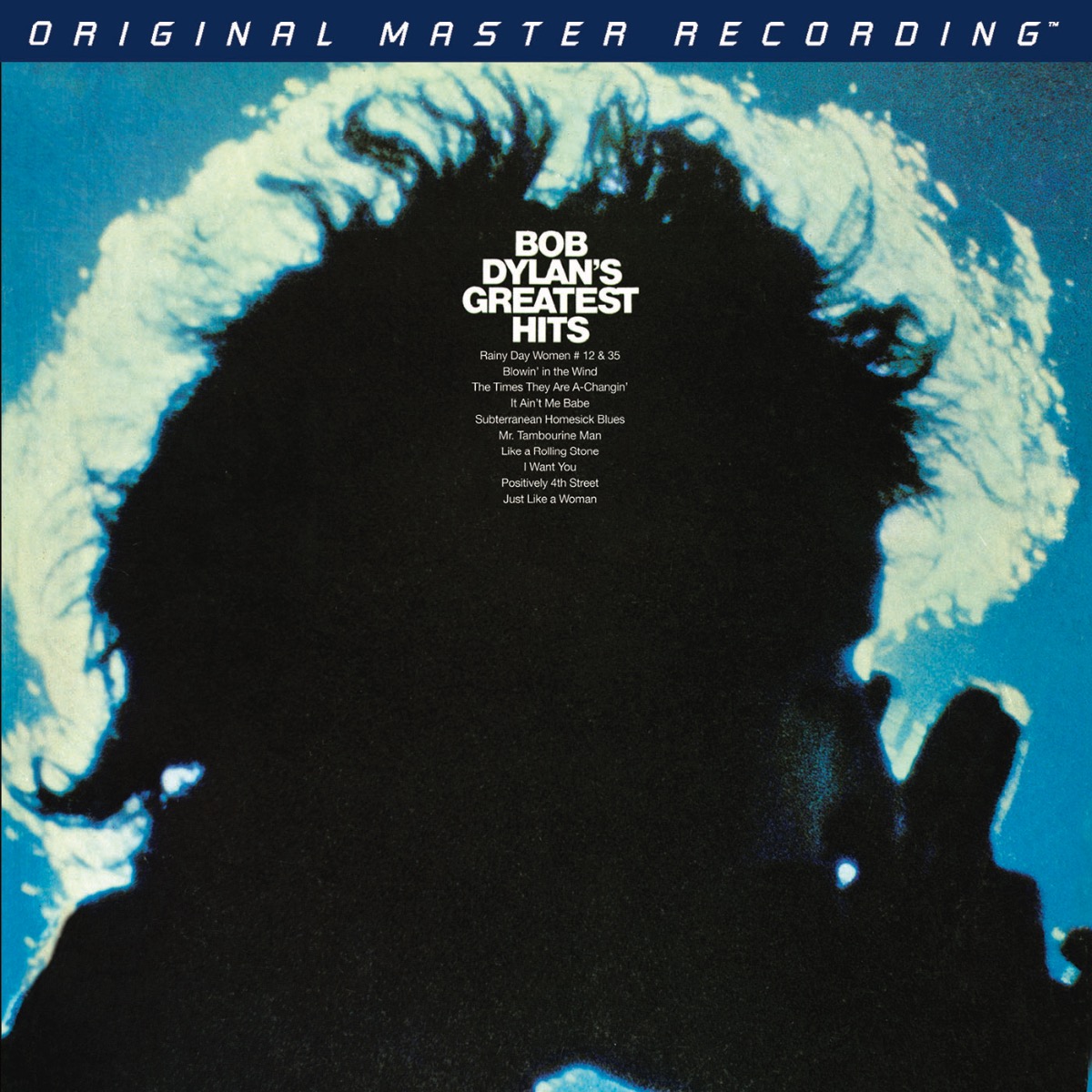 Five-Times Platinum Collection of Bob Dylan’s Seminal Singles Spans 1963 Through 1966: Includes “Blowin’ in the Wind,” “Like A Rolling Stone,” and “Mr. Tambourine Man”.

Mastered from the Original Master Tapes So You Can Hear These Precedent-Setting Songs in the Best Fidelity Possible: Wider Grooves on 45RPM 2LP Set Translate into More Information, Detail.

Ten songs that ultimately changed the world. Ten songs pulled from precedent-establishing albums recorded between 1963 and 1966. More than five-million copies sold. In every way, Bob Dylan’s Greatest Hits is a fundamental collection for every music lover, and the perfect choice for those seeking an introduction into the legend’s vast career. For this is a collection so prized, even the cover photo won a Grammy.

Mastered from the original master tapes on Mobile Fidelity’s world-renowned mastering system and pressed at RTI, this restored 45RPM analog version offers listeners of all stripes to hear some of the world’s most important music ever recorded in supreme fidelity. While the tracks stem from several different albums, on this release, they share more in common than Bob Dylan—they share rich, sonic traits steeped in astounding dynamics, great balances, tremendous soundstaging, and realistic imaging. Wider grooves mean more information reaches your ears.

Greatest-hits volumes are often hit-and-miss propositions not because of what they contain, but because of what’s missing. Filtering the top selections from the six formative, life-altering albums Dylan made between 1963 and 1966 is an arbitrary process but one performed impeccably on this set. Home to his biggest chart successes as well as his most influential songs, Bob Dylan’s Greatest Hits is a veritable template for any aspiring singer-songwriter, an American history lesson, and a seminal release for anyone new to his work—as well as for audiences that find some of his deeper cuts an acquired taste.

Every signature facet of Dylan is represented, and done so authoritatively. Serious, protest folk anthems (“Blowin’ in the Wind,” “The Times Are A-Changin’”) sit alongside defiant rock statements (“Positively Fourth Street”), landscape-changing epics (“Like a Rolling Stone”), beautiful blues-inspired odes (“I Want You”), and surrealist dreamscapes (“Subterranean Homesick Blues”). Infused with literary poetry, impassioned emotion, and career-making performances, this material doubles as a definitive account of American culture and society, and functions as a soundtrack to the era’s social movements.

Gathered in one place, it’s no wonder the songs here gave Dylan what remains the biggest-selling album of his career. Accept nothing less than the best version in existence.
TRACK LIST