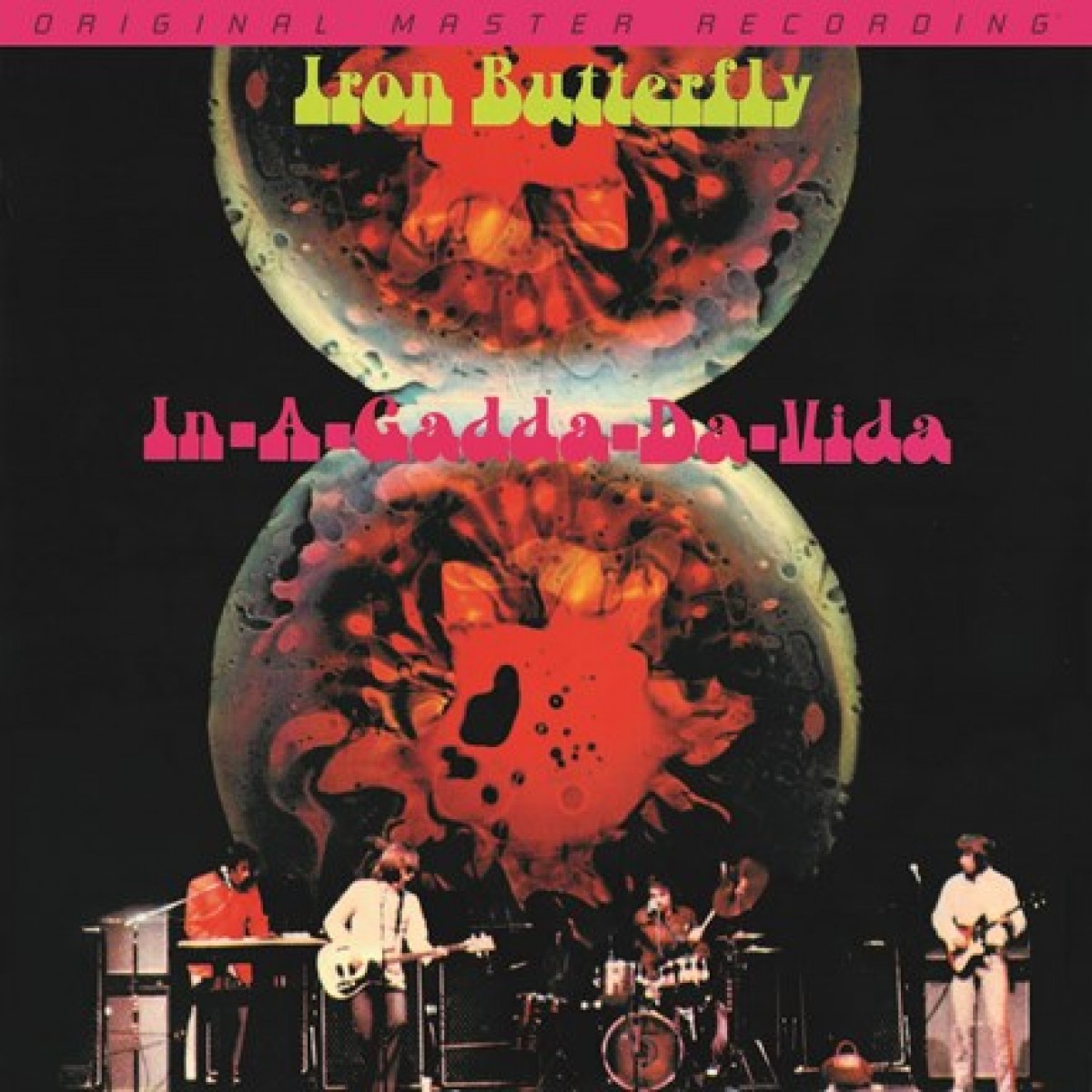 Few songs are more instantly recognized – or more influential, famous, and, yes, notorious – than Iron Butterfly’s “In-A-Gadda-Da-Vida.” The anchor of the mind-trip of an album of the same name, it occupies an entire side of an LP and runs for 17 minutes and five seconds, both bold moves in 1968 that changed how artists approached music in the studio and how listeners experienced it at home. The California-based group’s sophomore record also blew open the possibilities associated with psychedelia, heavy arrangements, and suggested meanings. And with apologies to those who might’ve heard it in a chemical haze in the late 1960s, In-A-Gadda-Da-Vida has never sounded more transformative than it does now.

Mastered from the original master tapes and strictly limited to 2,000 numbered copies, Mobile Fidelity’s hybrid SACD places the work’s organ-drenched melodies, acid-rock scope, mind-warping effects, and cauldron-bubbling rhythms on a soundstage as massive as the concert stage depicted on the album cover. Sonically, this collectible audiophile reissue offers elite levels of separation, balance, and imaging that put the quartet’s accomplishments into greater perspective. From start to finish, the set exudes the flavor, feel, and textures of the late 1960s’ most celebrated recordings, traits that reveal themselves as immediately obvious the moment the SACD starts to spin.

Often overlooked, the first side of In-A-Gadda-Da-Vida features a wealth of period-era garage rock and stoner pop teeming with hummable hooks, fuzz-guitar riffs, and a decidedly mystical aura. Songs such as the strolling “Are You Happy” and cryptically spiritual “My Mirage” beg for inclusion on any of Lenny Kaye’s renowned Nuggets compilations not to mention placement alongside the finest Doors material of the era. Led by Doug Ingle’s distinctive and patient baritone, the tunes seemingly dangle in space and prepare the senses for the unexpected.

And that moment arrives as soon as Ingle’s fingers dance across his organ keys and a come-hither groove – at once adventurous and alluring, deranged and sinister, hallucinatory and chromatic – kicks in and doesn’t again let up until you’ve been dragged through a vibrant cosmic universe. Long rumored to have been a substitute for the phrase “in the garden of Eden,” and misinterpreted due to Ingle’s inebriated state as well as because of communication problems between headphones in the recording studio, “”In-A-Gadda-Da-Vida” juggles tension and excess to high-wire-thrilling degrees. Yes, it contains what many consider an unnecessary drum solo, but akin to the extended duration of the song, the percussive break belongs and remains part of the charm. Not to mention a lasting piece of pop-culture phenomena.

In a year that also saw the release of Electric Ladyland, Beggars Banquet, The Beatles, Astral Weeks, Cheap Thrills, Music from Big Pink, and The Kinks Are the Village Green Preservation Society, In-A-Gadda-Da-Vida became Atlantic Records’ biggest-ever-selling album (at that point) and spent 140 weeks on the album chart – 81 of them in the Top 10. A severely edited version of the title track rose as far as #30 on the singles chart. It has been subsequently referenced in everything from “The Simpsons” to “Seinfeld” to “Home Improvement.” 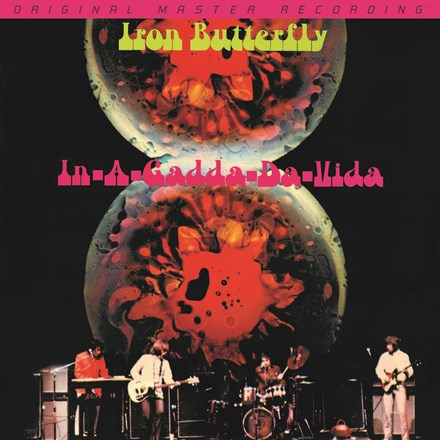