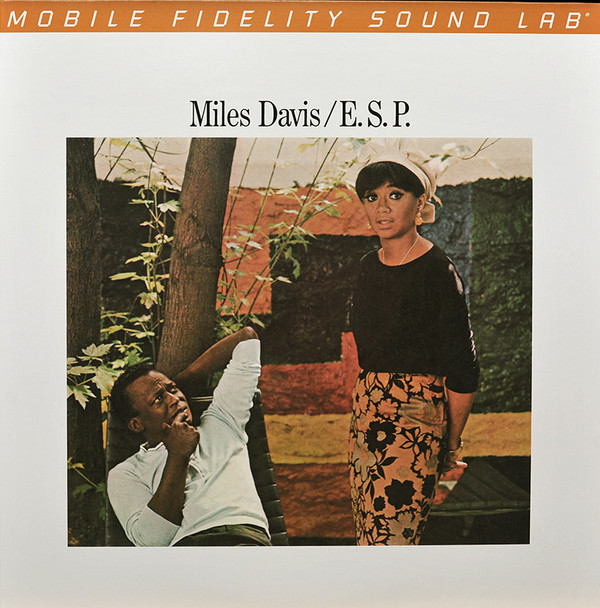 MILES DAVIS ‎– E.S.P. (MOBILE FIDELITY SOUND LAB)
This inventive post-bop treasure finds Miles totally reenergized by the young talent of his second quintet. The album is a brilliantly excecuted exercise in tension and release! Includes “Eighty-One,” “Little One” “R.J.” “Agitation” “Iris” “Mood,” and the title track. This was the first time Wayne Shorter recorded with Miles, and the band — in this configuration — had been together for less than a year. As you will hear, the connection between the musicians is uncanny, as if they had been playing together for decades. Especially notice Wayne Shorter’s brilliant interplay with Miles on the closing track “Mood,” the haunting ballad written by bassist Ron Carter.

Pressed at RTI, our 180g 45RPM 2LP set of E.S.P. treats each phrase and every note as sacred communication. This meticulously restored audiophile version renders the music’s dynamics, pitch, colors, and textures with lifelike realism and proper scale. Reference-caliber separation, wall-to-wall soundstages, and distinct images magnify the intensity and beauty of Davis and Co.’s creations. Whether it’s the distinctive snap of Tony Williams’ drum sticks against the snare head, air moving through Davis’ trumpet, acoustic thrum of Ron Carter’s bass, or upper register of Herbie Hancock’s piano, the sound is better than you’d even hear in the most intimate jazz clubs. Prepare to be swayed on every level.