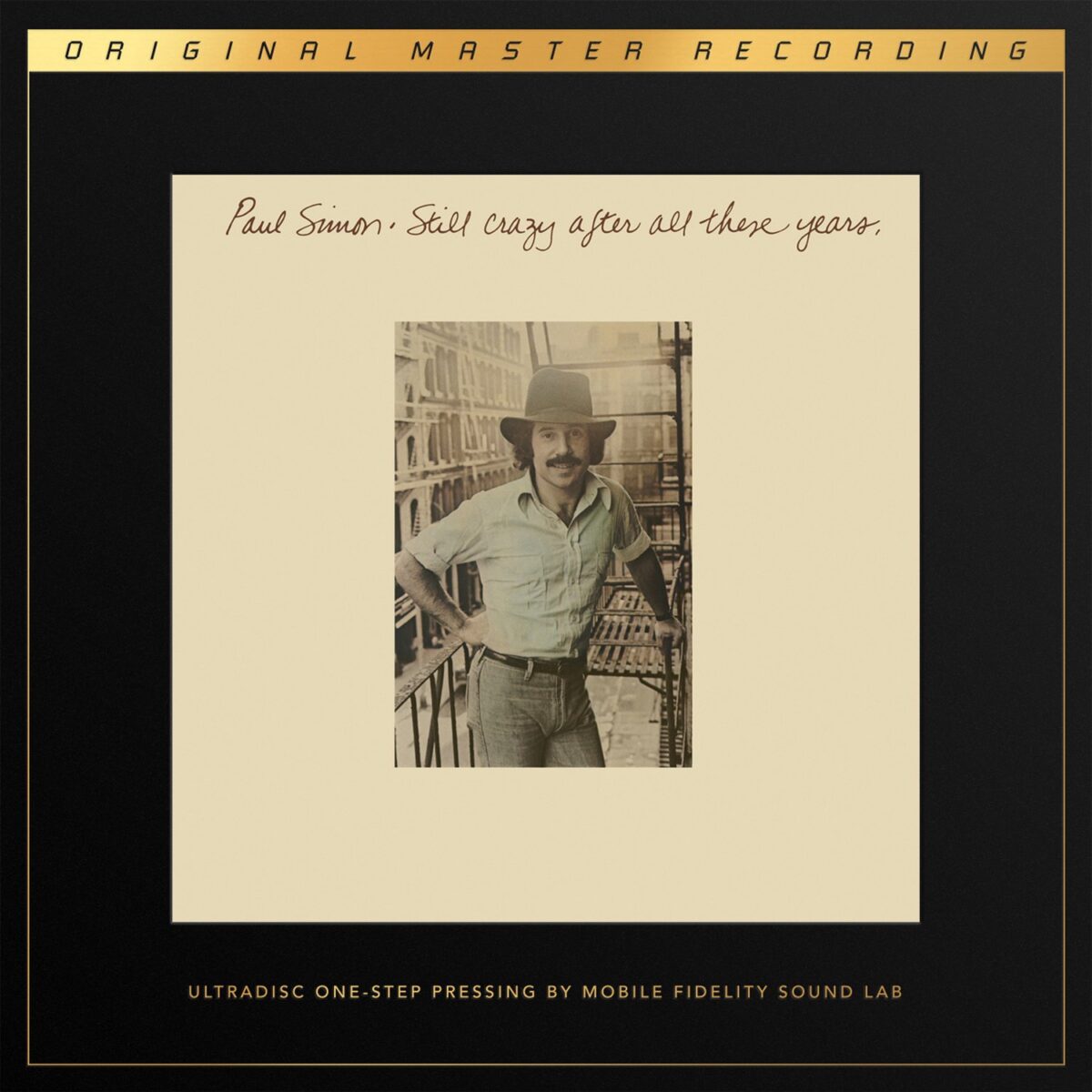 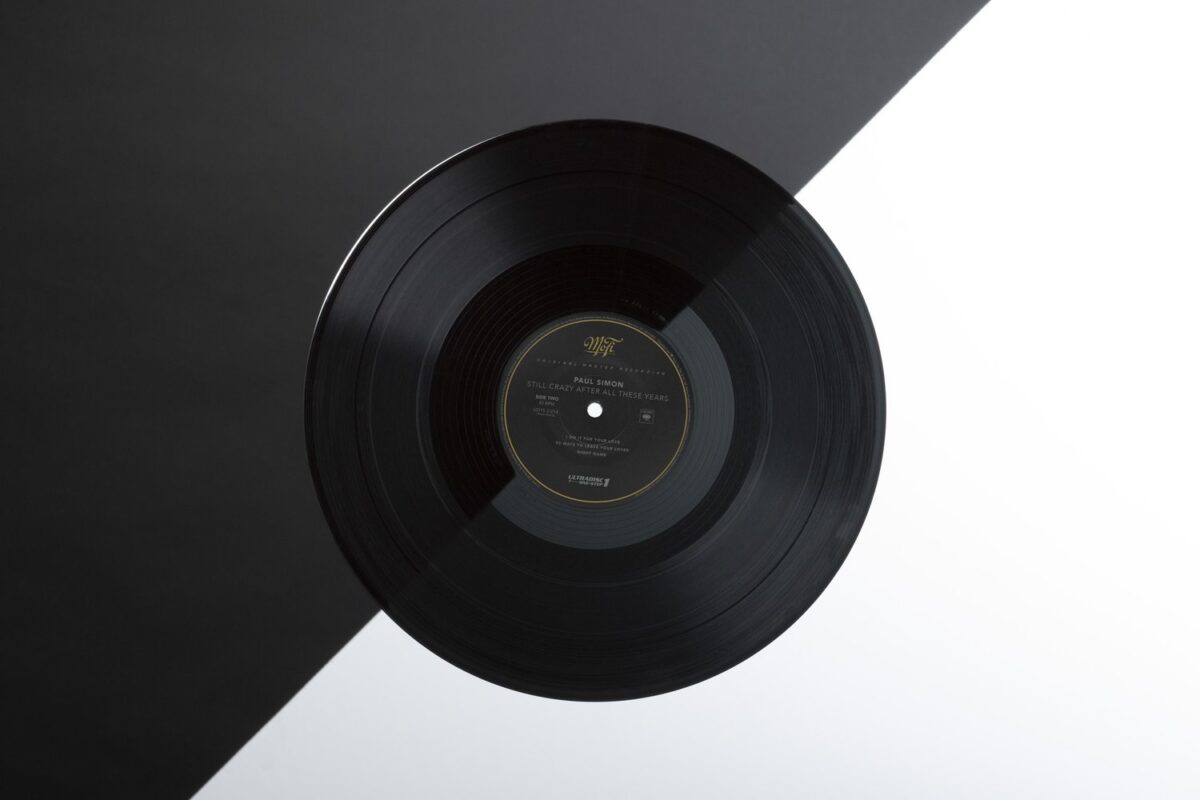 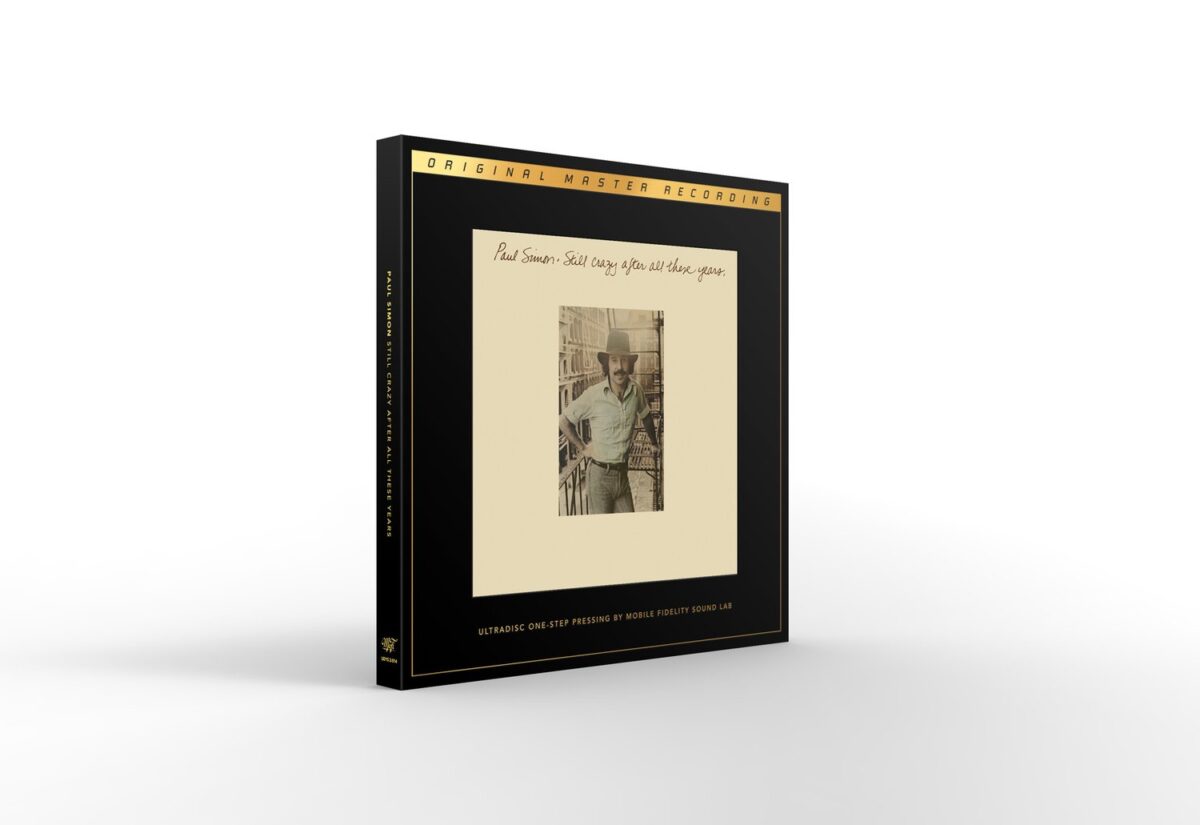 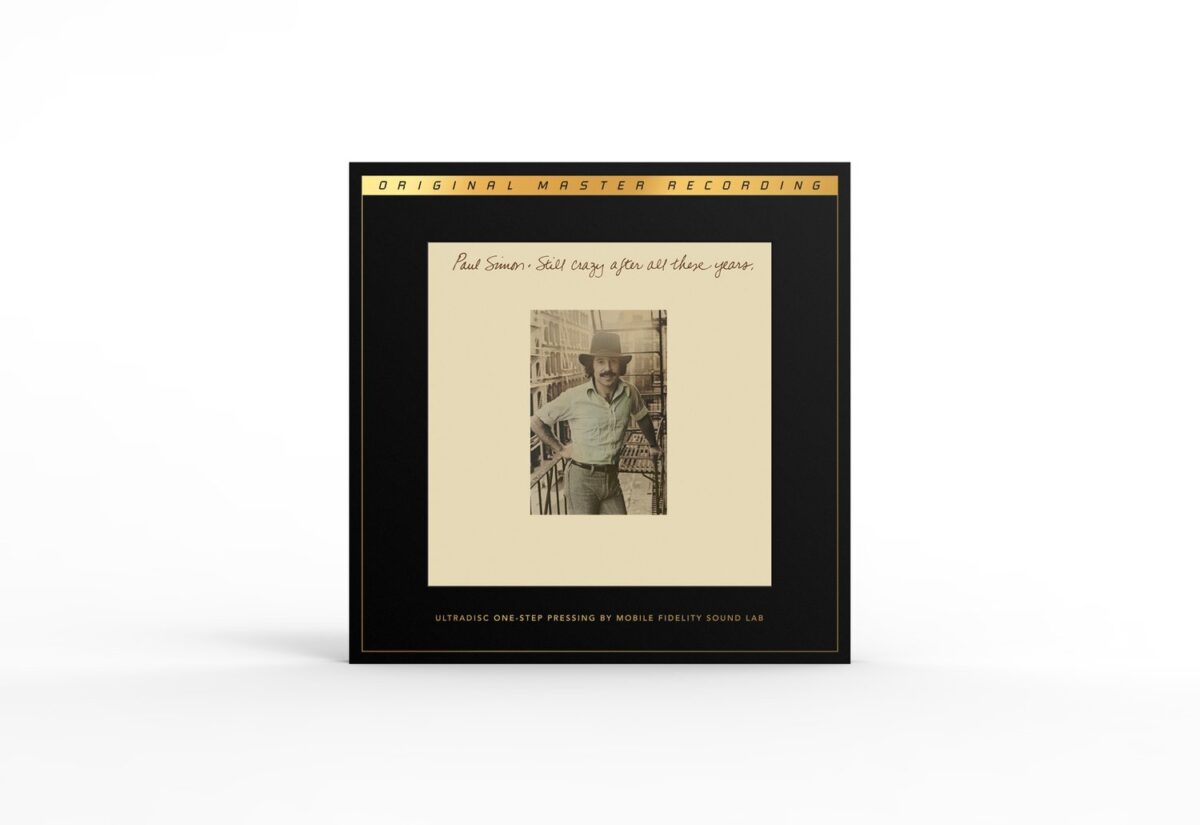 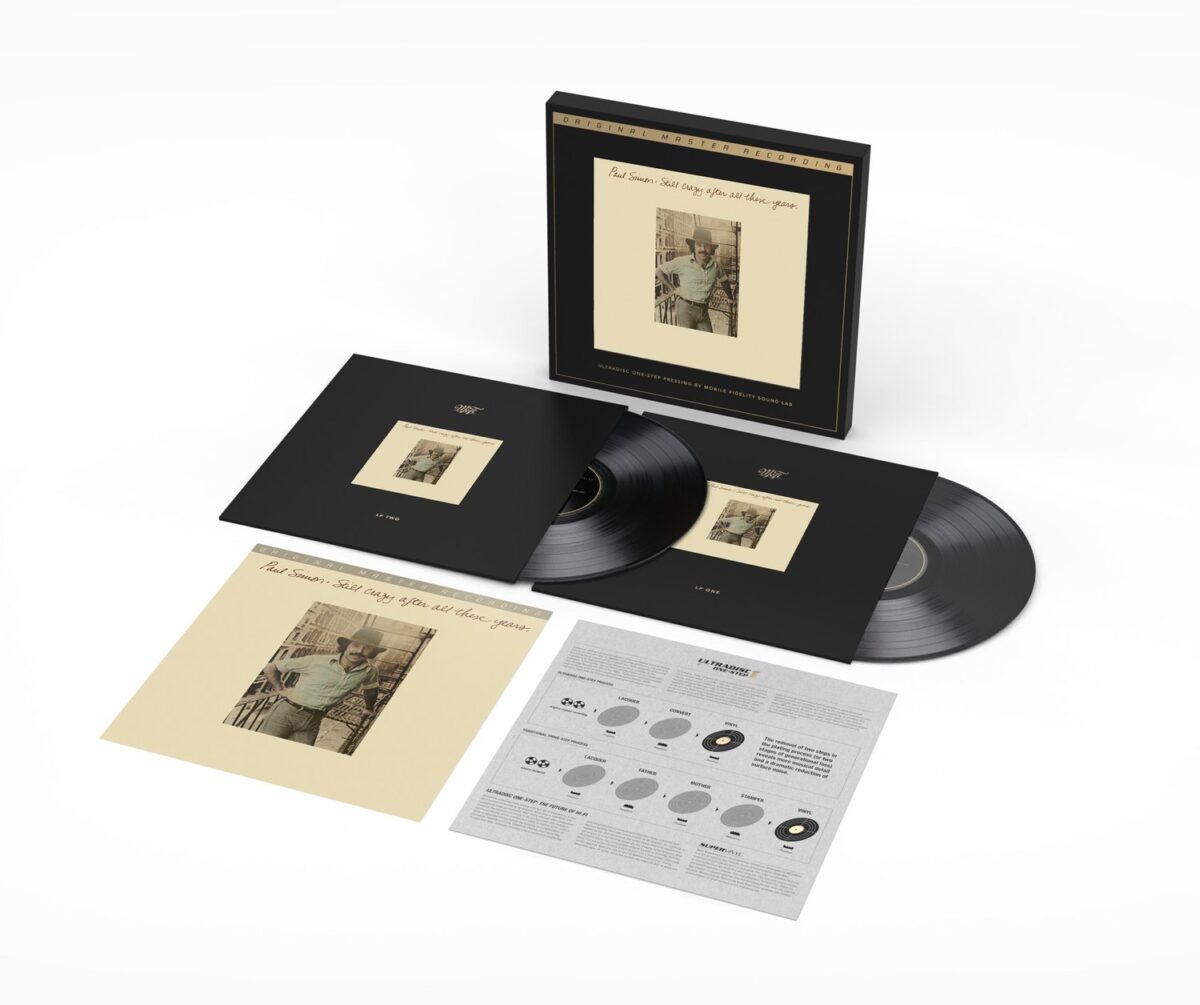 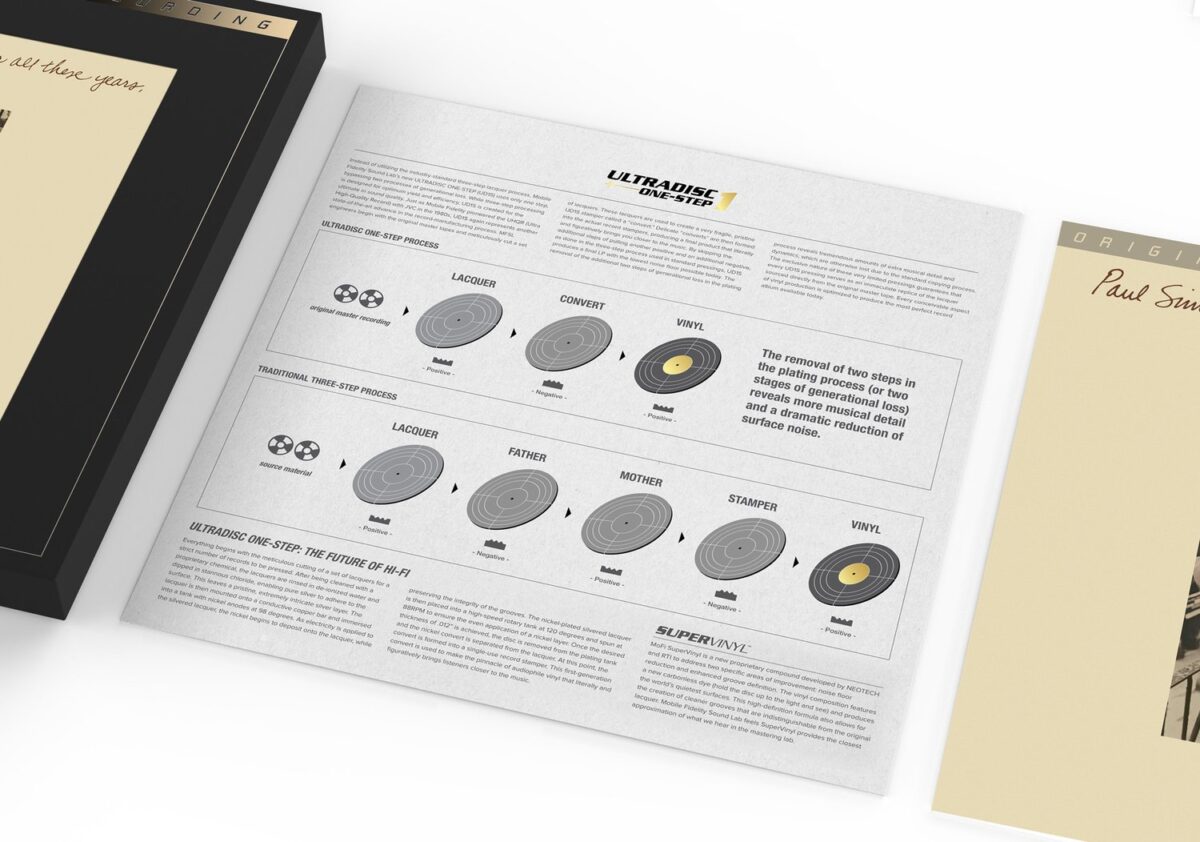 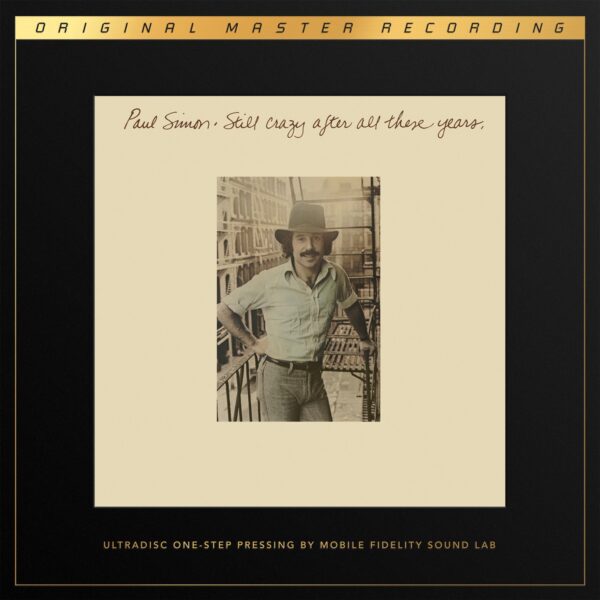 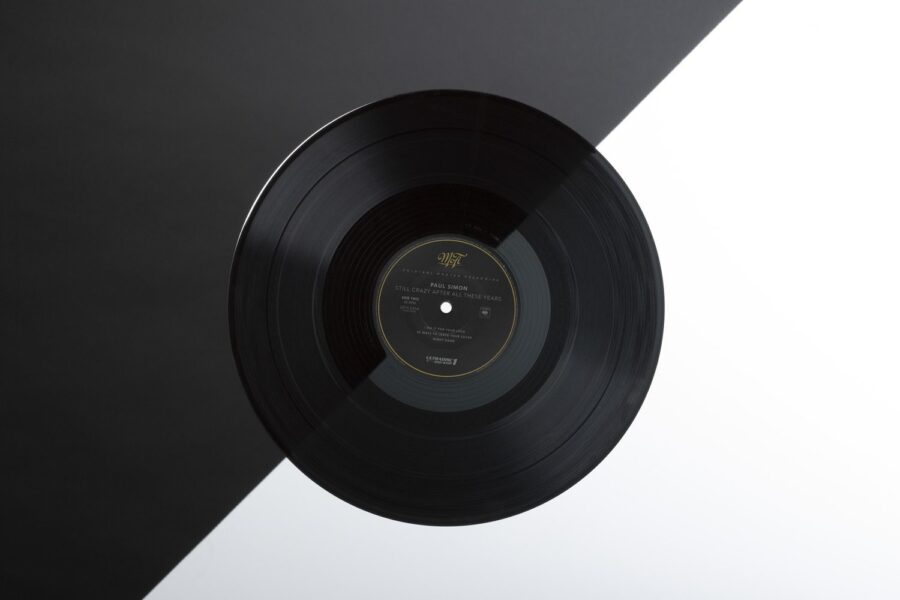 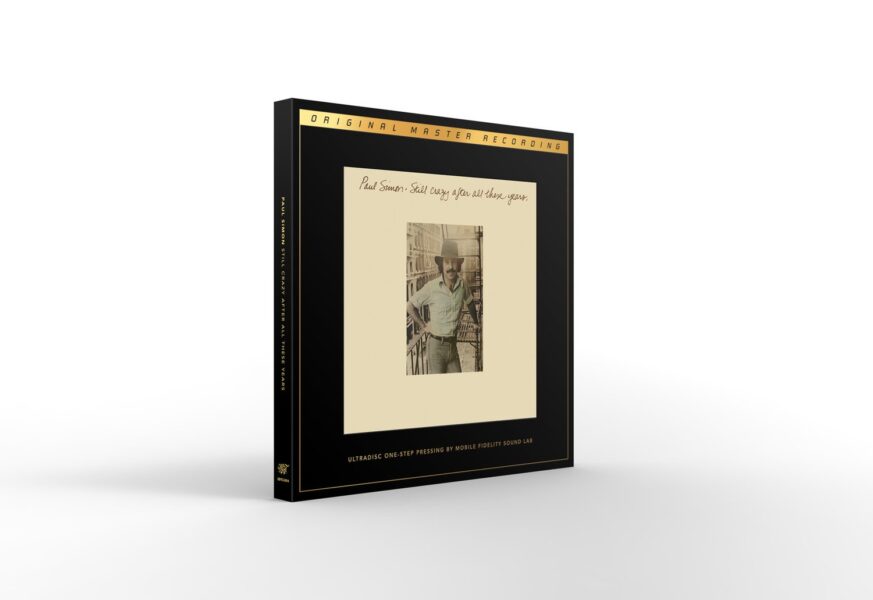 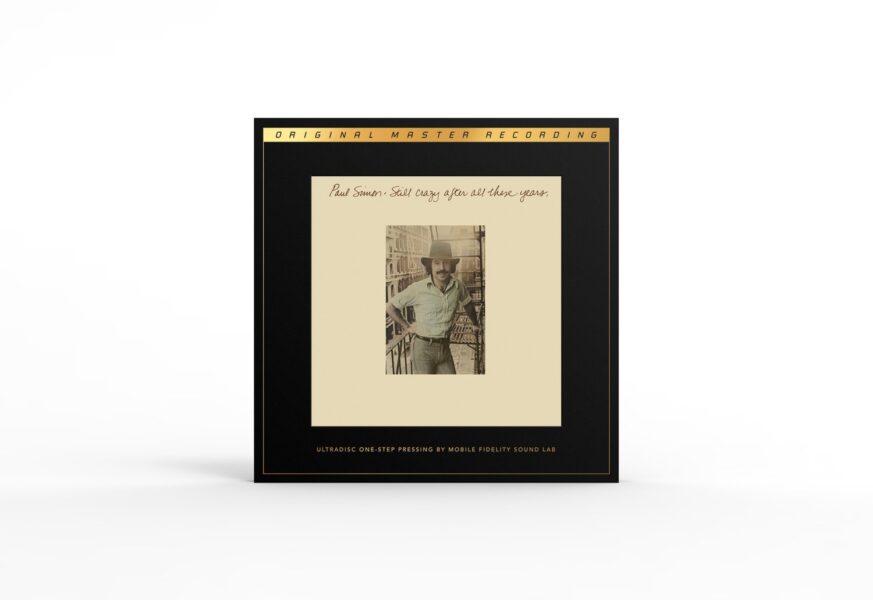 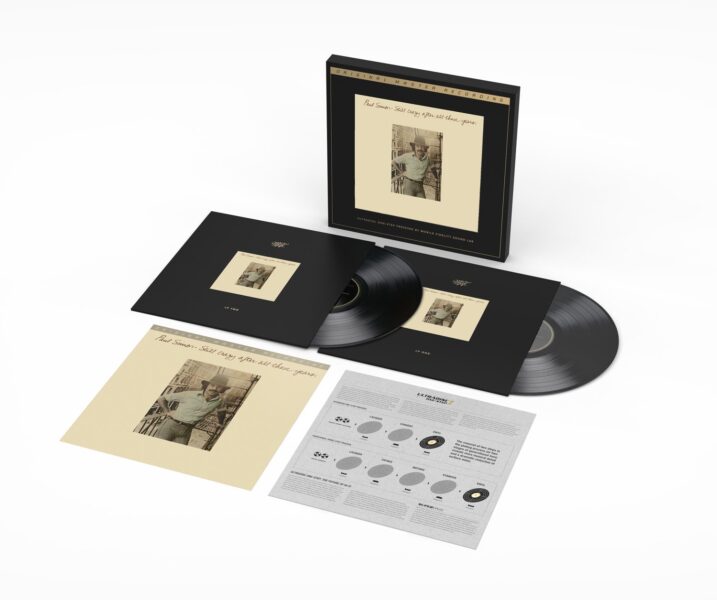 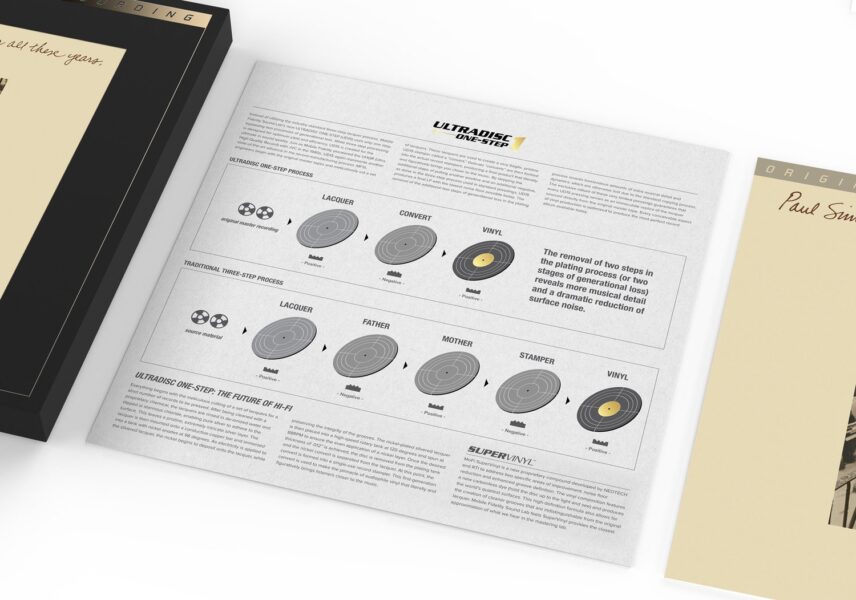 Mofi: Paul Simon – Still Crazy After All These Years

MASTERED FROM THE ORIGINAL MASTER TAPES: LIMITED TO 8,000 NUMBERED COPIES

Exorcising personal demons and reflecting on midlife circumstance, Paul Simon frames Still Crazy After All These Years as a post-divorce statement yet retains cutting humour and lighthearted cynicism that make every song universally appealing. A succession of brooding vocals, jazz-laden arrangements, contagious hooks, and an appearance by the famed Muscle Shoals rhythm section further conspire to make the record a lasting template for mature pop music that offers meaningful contemplation of relationships, transitions, disillusionment, and responsibility. A chart-topping statement that coincided with Simon’s ascent as a superstar solo artist, it now sounds more immediate, cunning, and refined than ever courtesy of painstaking restoration.

1. Still Crazy After All These Years

Limited to 8,000 numbered copies, pressed on MoFi SuperVinyl at RTI, and mastered from the original master tapes, Mobile Fidelity’s ultra-hi-fi UltraDisc One-Step 180g 45RPM 2LP collector’s edition enhances the music for generations to come. Surpassing the sonics of any prior version, it provides a clear, transparent, ultra-dynamic view of a record that won Grammy Awards for Album of the Year and Best Male Pop Vocal Performance. The expanse and depth of the soundstage, fullness of detail, reach of the omnipresent electric piano, and natural bloom and decay of individual notes all reach demonstration-grade levels.

Visually, the lavish packaging and gorgeous presentation of the UD1S Still Crazy After All These Years pressing befit its select status. Housed in a deluxe box, it features special foil-stamped jackets and faithful-to-the-original graphics that illuminate the splendour of the recording. No expense has been spared. Aurally and visually, this UD1S reissue exists as a curatorial artefact meant to be preserved, touched, and examined. It is made for discerning listeners that prize sound quality and production, and who desire to fully immerse themselves in the art – and everything involved with the album, from the images to the finishes.

The newfound immediacy, presence, texture, and dark-black backgrounds provided by Mobile Fidelity’s UD1S set showcase the scope and craft of Simon’s alluring melodies – as well as the intentional conflict between the tense lyrical content and the deceivingly pleasant aura. Still Crazy After All These Years resonates with a decided nasty streak and delves into adult romance with rapier wit. Indeed, in its original review of the album, Rolling Stone pertinently observes, “There is something ominous about the disparity between Simon and Phil Ramone’s typically elaborate, creamy production and the downbeat theme of the album.”

Nowhere is the distinction more pronounced than on the seductive, irony-rich smash “50 Ways to Leave Your Lover.” Interviewed decades ago about its creation and appeal, Simon explained what makes the track structurally distinct. “I was studying harmony with [bassist Chuck Israels]. Instead of using a minor chord, I use a major chord and go up a step. It is hard to get an interesting key change. I also like to write a bridge and just jump a whole tone up.” Needless to say, the approach worked. The song remains Simon’s most successful solo hit, and joins three other tunes from the record to have climbed into the Top 40.

The other charting numbers – the loose-limbed title track (complete with a Michael Brecker saxophone solo), “Gone at Last” (a duet with Phoebe Snow), and “My Little Town” (which reunited Simon with his former partner Art Garfunkel for the first time in nearly five years) – prove equally sharp. In certain ways, Still Crazy After All These Years plays as the musical complement to Woody Allen’s signature film Annie Hall, which, coincidentally, Simon would appear as a sleazy record producer. Relatedly, “Have a Good Time” witnesses Simon laughing his way through thinly disguised depression while the kiss-off “You’re Kind” distills a splintered romance down to the preference of keeping a window open or closed.

“And you’re good, you’re so good/You introduced me to your neighborhood” Simon sings, slicing through pain with stinging zingers and a coy grin that announce the turning over of a new leaf, which culminated with his performing on “Saturday Night Live” in a turkey costume. But that’s a story for another day.

Instead of utilising the industry-standard three-step lacquer process, Mobile Fidelity Sound Lab’s new UltraDisc One-Step (UD1S) uses only one step, bypassing two processes of generational loss. While three-step processing is designed for optimum yield and efficiency, UD1S is created for the ultimate in sound quality. Just as Mobile Fidelity pioneered the UHQR (Ultra High-Quality Record) with JVC in the 1980s, UD1S again represents another state-of-the-art advance in the record-manufacturing process. MFSL engineers begin with the original master tapes and meticulously cut a set of lacquers. These lacquers are used to create a very fragile, pristine UD1S stamper called a “convert.” Delicate “converts” are then formed into the actual record stampers, producing a final product that literally and figuratively brings you closer to the music. By skipping the additional steps of pulling another positive and an additional negative, as done in the three-step process used in standard pressings, UD1S produces a final LP with the lowest noise floor possible today. The removal of the additional two steps of generational loss in the plating process reveals tremendous amounts of extra musical detail and dynamics, which are otherwise lost due to the standard copying process. The exclusive nature of these very limited pressings guarantees that every UD1S pressing serves as an immaculate replica of the lacquer sourced directly from the original master tape. Every conceivable aspect of vinyl production is optimized to produce the most perfect record album available today.

Developed by NEOTECH and RTI, MoFi SuperVinyl is the most exacting-to-specification vinyl compound ever devised. Analog lovers have never seen (or heard) anything like it. Extraordinarily expensive and extremely painstaking to produce, the special proprietary compound addresses two specific areas of improvement: noise floor reduction and enhanced groove definition. The vinyl composition features a new carbonless dye (hold the disc up to the light and see) and produces the world’s quietest surfaces. This high-definition formula also allows for the creation of cleaner grooves that are indistinguishable from the original lacquer. MoFi SuperVinyl provides the closest approximation of what the label’s engineers hear in the mastering lab. 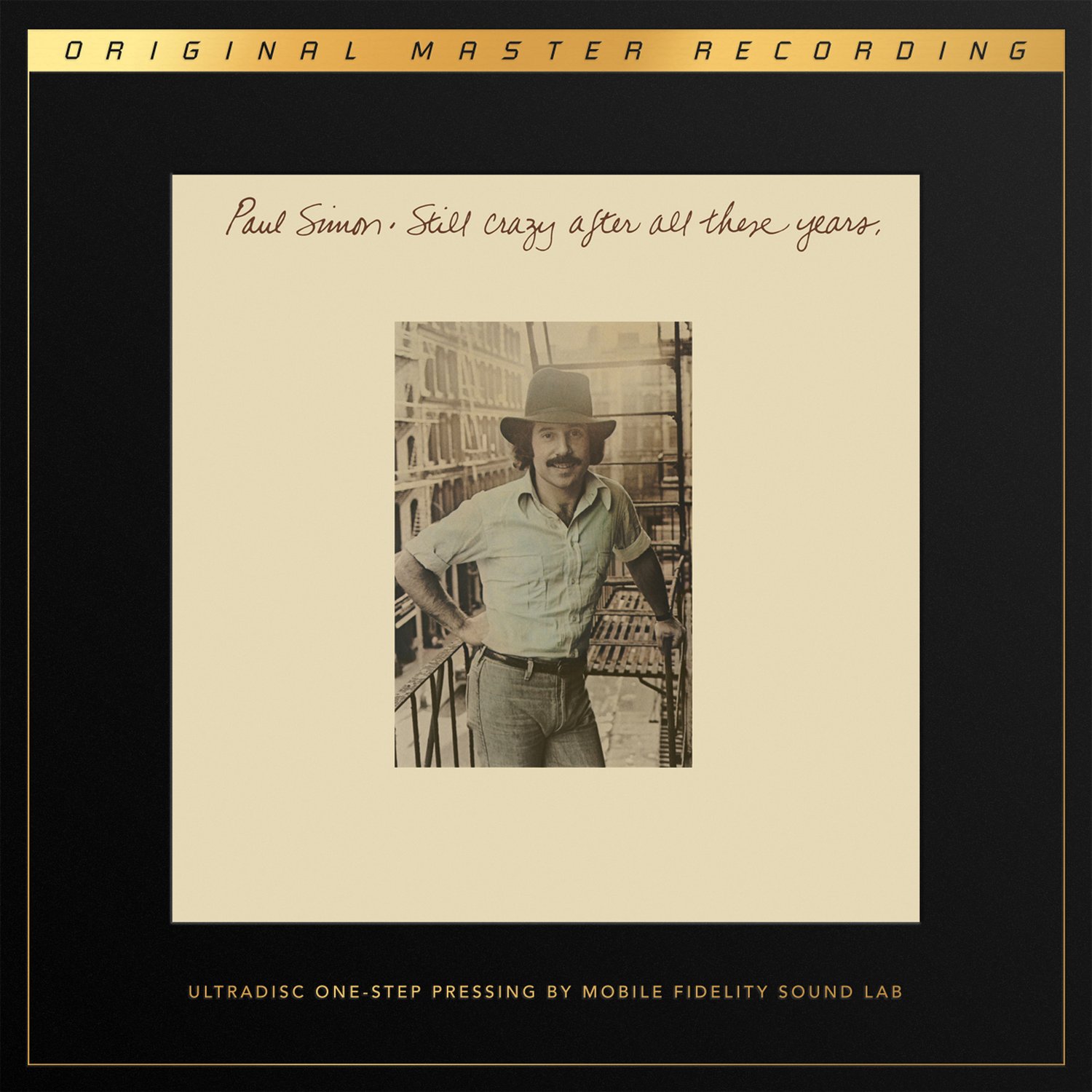 Mofi: Paul Simon - Still Crazy After All These Years