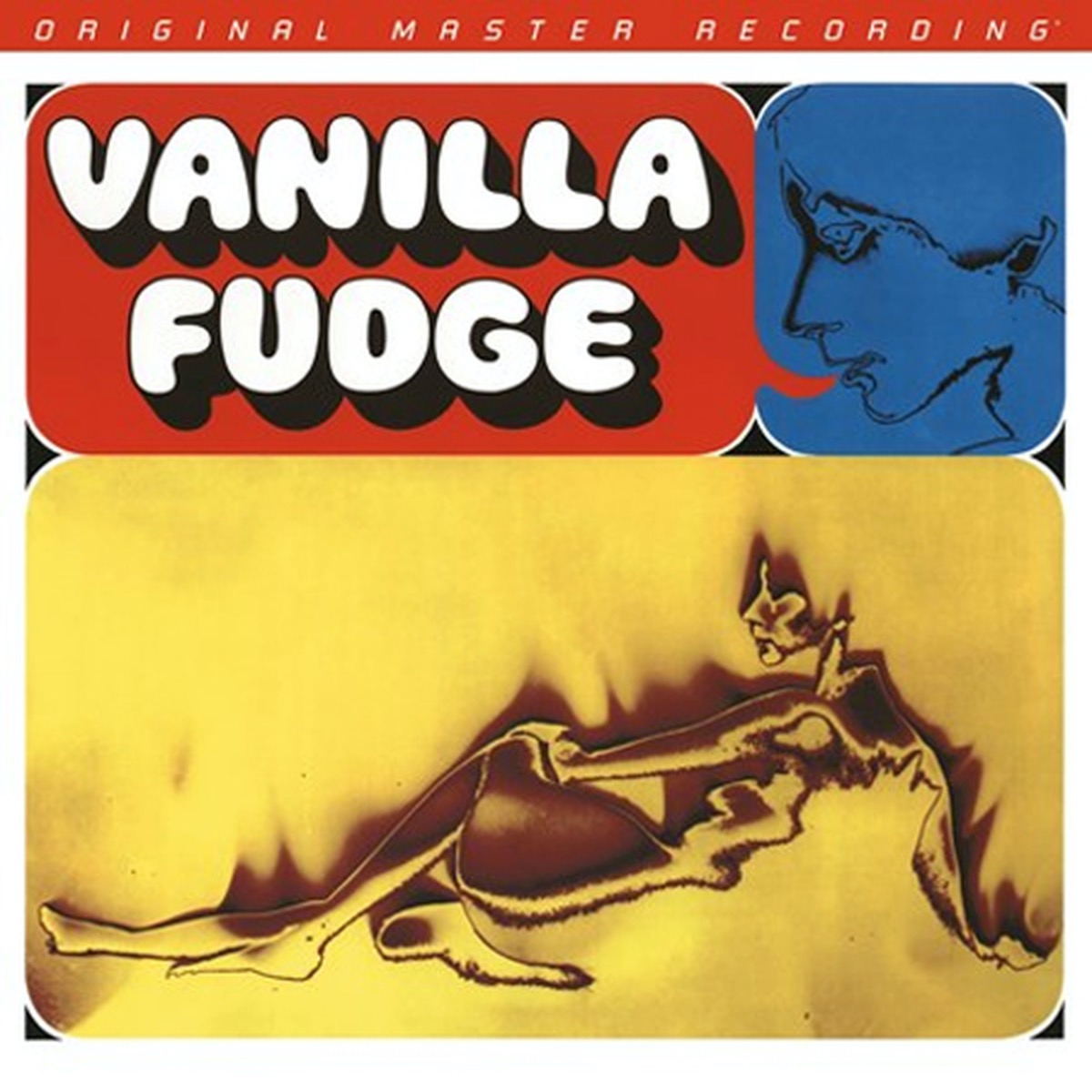 Permission to get weird is granted with Vanilla Fudge. Created during the peak of heightened chemical, musical, and social experimentation, the band’s self-titled debut aims for sonic and mental expansion via psychedelic means. Consisting primarily of elongated covers of then-modern works by the Beatles, Supremes, Curtis Mayfield, and others, the album shape-shifts the familiar into original, uncharted excursions that lead to colorful dimensions. More than 50 years after its original release, the symphonic arrangements now sound more ambitious, direct, mesmerizing, and influential than ever before courtesy of a superior mono restoration featuring wider, deeper grooves.

Vastly improved, too, is the powerful, jazz-inspired drumming of Carmine Appice. Seated deep and wide in the vast soundstage, his playing illuminates the genius of Vanilla Fudge’s arguably most valuable asset – a sense of dynamics and surprise that contributes to a rich, malt-like musical thickness true to the band’s name. Psychedelia, yes, but seemingly more dense, absurd, slow, and groovy than that offered by any of its late 1960s contemporaries, and free of any of the cloying nature that immediately identifies retro acts as imitators.

Developing a sound that predated prog-rock and metal by years, Vanilla Fudge has been cited by members of Deep Purple, Yes, and Chicago as a key inspiration. And none other than Led Zeppelin’s John Bonham cited Appice for devising a new approach on the album. In a late-career interview with Goldmine Magazine, the latter explains, “Supposedly I had created this new power rock kind of drum style, which I did out of necessity. There were no real amplifiers back then, no PA systems. I had to bang the hell out of my drums and I even bought a 26-inch base drum because it would be louder.”