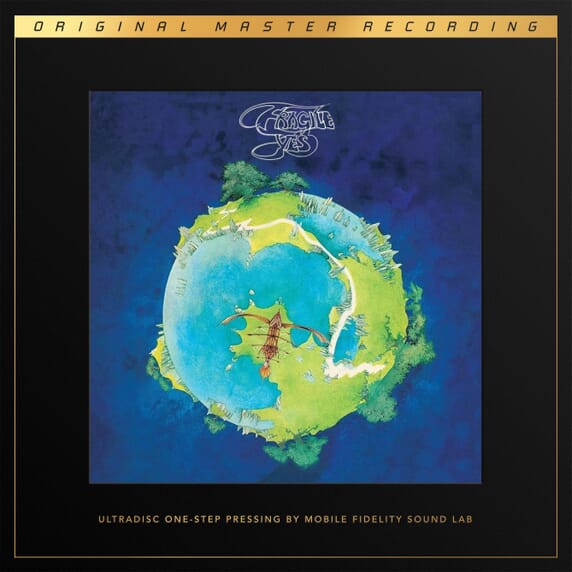 Luxurious Packaging Includes Opulent Box, Foil-Stamped Jackets, MoFi SuperVinyl LPs Pressed at RTI: Keepsake Edition Strictly Limited to 7,500 Numbered Copies (Limit Two Per Customer)
“I wanted to hear something inspiring.” With Fragile, Yes vocalist Jon Anderson’s desire was fulfilled to an extent even he likely couldn’t have imagined. The band’s breakthrough album marks a number of important firsts not just for the group but for how popular music could be approached. It also represents the all-important debut of keyboardist Rick Wakeman, a complete rethinking of the relationship between classical devices, idyllic fantasies, and traditional structures, and the arrival of progressive rock as a mainstream force. Fragile also opened the door to the quintet’s long-term partnership with illustrator Roger Dean, whose cover painting and gatefold-sleeve artwork remains as cherished by music lovers as the audiophile-quality production. Neither facet has ever been experienced in finer form as on this collectable set.