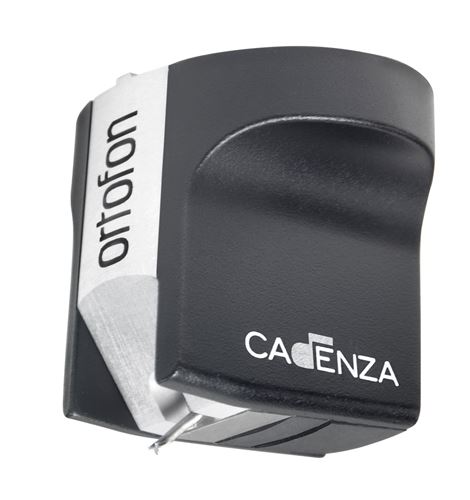 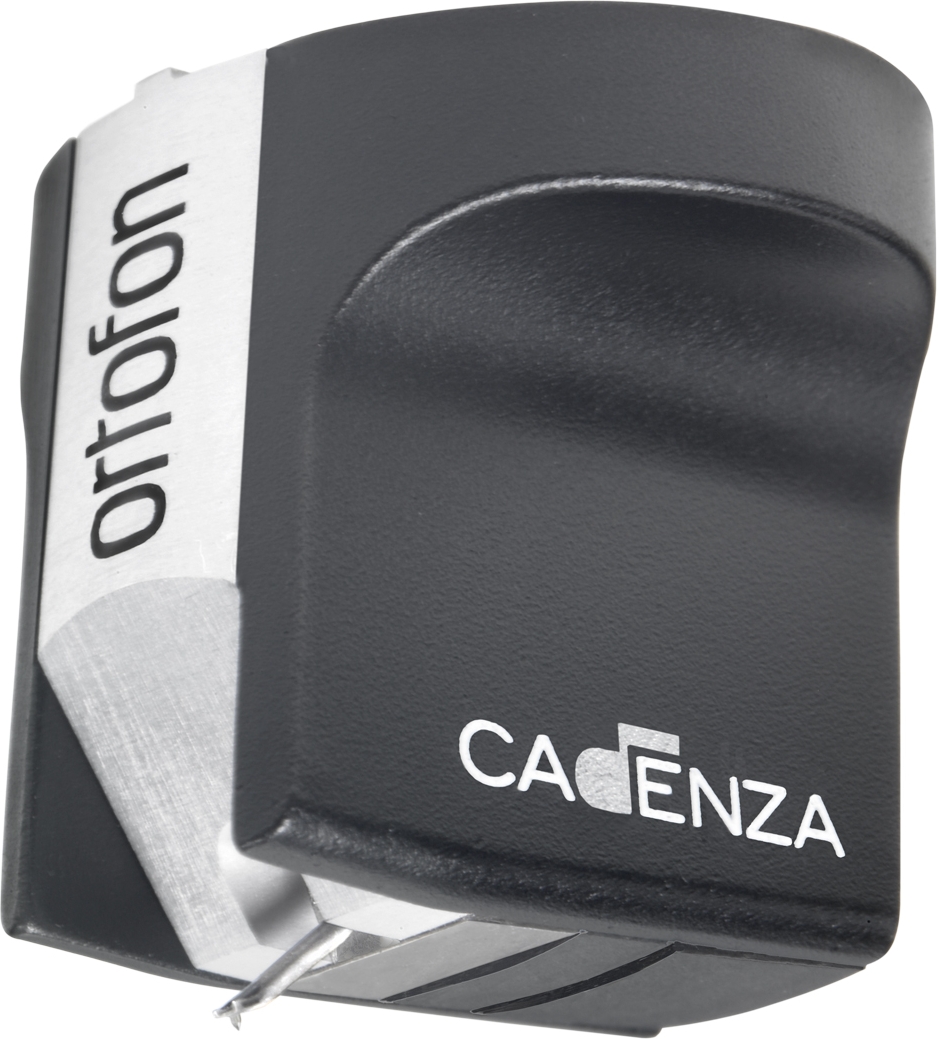 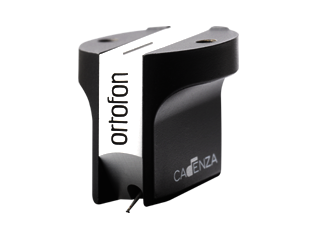 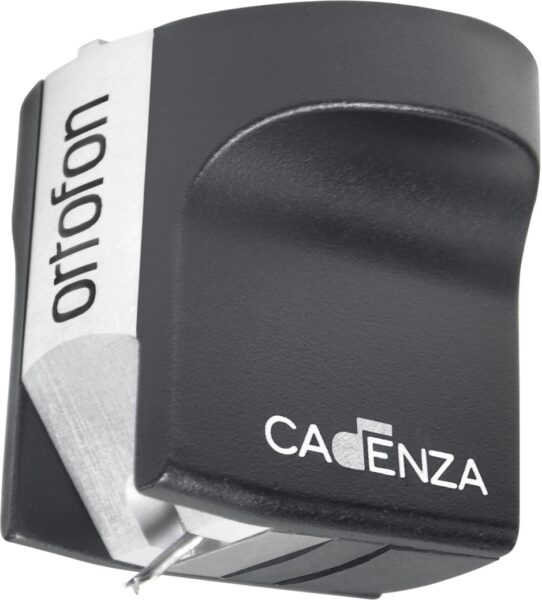 The Cadenza Mono model is made with a Nude Fine Line stylus and a cylindrical aluminium cantilever. The stylus radius is r/R 8/40 µm.

The coils are made from 6NX (99.9999 %) pure silver wire. An improved winding process on the armature allows a better channel balance. For easy use the pins are connected so you get the same signal from both pairs of connecting pins.

Sharing internal build with the Cadenza Red and with optimized adjustments for mono playback the sound is relaxed, homogeneous and moderate

The history of recorded music on phonograph records spans well over a century.  But just over a half century ago, beginning in the 1940s, modern vinyl began to take shape and to resemble what we know today.

The history of recorded music on phonograph records spans well over a century.  But just over a half century ago, beginning in the 1940s, modern vinyl began to take shape and to resemble what we know today. The tape machine had arrived in studios, cutting was made on a cellulose nitrate lacquer with a sapphire cutter, and the V-shaped groove became standard using a lateral cut mono signal.

Ortofon also greatly influenced this process by developing and producing a new and improved cutterhead in 1946. This cutterhead made it possible to achieve an upper frequency limit of 14kHz, which was far beyond the former limit of 8kHz.  This gave way to the era of high fidelity sound reproduction.

The records of the early 1940s were coarse-groove shellacs, and playback was made with both mechanical and electronic “cartridges” using an extremely high tracking force. Many cartridges now used a diamond stylus, and for the records produced in this era, a spherical stylus with a 65µm radius was considered state of the art. 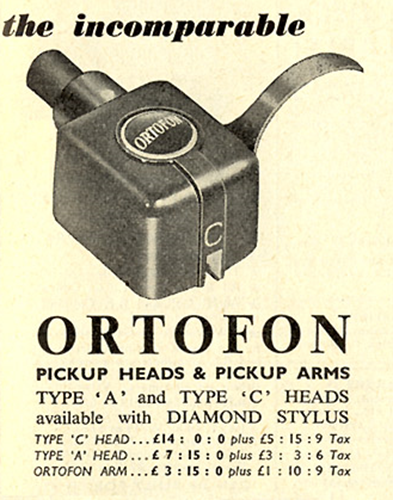 In 1948 the microgroove vinyl record was introduced.

The process of launching this new record type was very time consuming: It required a new and better material (which became known as what we now call vinyl), new cutterheads, new recordings that lasted an entire record side, and new turntables that could spin at 33rpm.

Even more notably, new lightweight tonearms and cartridges were required to significantly lower the 100+ grams tracking forces that were common for use with 78rpm shellacs.

Ortofon took part in this new technology with both the development of cutterheads and also high quality cartridges.

In 1948 Ortofon launched the first series of moving coil cartridges.

The three models: A, AD and C were built around the same generator, which is still used in their SPU CG cartridges today.

The A-type was a rugged standard cartridge with low compliance and high tracking force: up to 15 grams on coarse groove 78s and 7 grams on microgroove 33s.
The AD was made solely for the Ortofon A 212 tonearm, and it had a twistable collar to make the change between 78 and 33 rpm easy. This was also a rugged design capable of up to 10 grams on 33s.
The last cartridge in the series, the C-type, was designed for professional use and could run at 3 grams VTF on 33s. For all types, there was a choice of styli ranging from spherical 95um for old 78s, down to a spherical 25µm for microgroove records. The C-type with 25µm stylus has the same unit as the SPU CG 25 which is still produced today.

The mono microgroove geometry is fairly easy to understand, as it only has to contain one signal. That signal is cut in the lateral dimension only, meaning that the V-shaped groove will have constant width and depth. The groove angle of the V-shape will vary a bit from record to record but will always be close to 90 degrees. The top width of the groove will, according to the different standards, have a minimum dimension in order to ensure that the replay stylus can sit comfortably inside the groove.  Over the years, this minimum width has varied due to changing standards but has always been close to 50µm until the mid 1960s. The latest standards from the 1980s were revised for a minimum width down to around 30µm. This offered a unified standard, congruent to the minimum width of stereo records.

Regarding the bottom groove radius, old microgrooves from around 1950 could approach 15µm, or even larger if the record stamper was used for too long.  Records like that need to be played only by a cartridge with a spherical 25µm stylus, otherwise there is a risk of the stylus bottoming out and causing poor fidelity.  From around the mid 1950s, the bottom radius was reduced to around 8µm, which corresponds to the IEC98 standard from 1958 where 7.5µm is stated as maximum radius. Later on, up to the stereo age, this was further reduced down to 4µm.  The bottom radius is one of the important factors determining which styli will replay the record satisfactorily as can be seen by the drawings below.

Understanding the differences in groove types

A stereo record contains the left-right information on the two opposing groove-walls that are angled at +/-45 degrees, as is seen in the figure. Cutting the groove this way leaves us with a complicated shape with both lateral and vertical information which a stereo cartridge is able to read.

A mono record contains only one signal corresponding to left+right which is cut in the lateral direction, so there is no vertical information.

Advantages of using a mono cartridge to play mono records

If you play a mono record with a stereo cartridge you will not achieve the same signal in the two channels due to imperfections such as crosstalk, noise, phase errors, tracking error, antiskating and distortion. This difference between the channels will result in an unstable and partially fuzzy image. A mono switch, to some extent, can improve this.

Playing the same record with a mono cartridge will have none of the aforementioned problems, as this cartridge only produces one signal, which afterwards is directed to both channels in the system. This will provide a much more forceful and stable image with a fuller sound.

Another significant advantage of using a mono cartridge to play mono records is the absence of response to vertical movement. This means that a mono cartridge is essentially impervious to the pinching effect which comes into action when the stylus is pushed vertically upward in very narrow grooves. In addition, the response to dust, dirt and wear will be reduced substantially as the vertical component will not be heard. The final result will be a much more clean and noiseless reproduction of the mono record. These effects simply cannot be achieved merely by the use of a mono switch.

In fact, elliptical types as well as line contact types can be highly beneficial for mono records from the mid 1950s and upwards (see figures on the left). The line contact types, specifically, will ensure an improved high frequency response due to the slim shape. Also the distortion from the pinching effect, which occurs when the stylus is pushed upwards due narrow high frequency grooves, will be reduced substantially.

Replaying an old mono record, which probably has been played only with a 25µm spherical stylus can be replayed in a different unworn location of the groove by using an 18µm spherical stylus or, even better, an elliptical or line contact stylus. Choosing one of these diamond profiles will dramatically increase the stylus’ ability to reproduce the inscription with detail and accuracy.

Lastly, a mono record cut with a properly aligned stereo cutterhead will be no different to using a mono head, as long as the signal supplied is the exact same for both channels. The cutting stylus chosen should also ensure the production of sufficiently deep and wide grooves in order to accommodate those users wanting to replay mono with a traditional spherical 25µm stylus.

The LPs in The Beatles in Mono box has, according to GRAMMY®-winning engineer Sean Magee from Abbey Road Studios, been cut with a minimum groove width of 60µm. This kind of groove will make it possible to use most modern mono cartridges without any problems. However, to get the most out of the grooves, aline contact type like the Fine Line on the MC Cadenza Mono or the Shibata on the specially developed 2M Mono SE will be perfect.

“…Tonal qualities of the instruments were nicely textured and displayed…

…found the Mono seemed unperturbed by musical genre, and tracked perfectly through the most worn and damaged records that I could find…

…If you have many monophonic records…then a dedicated mono cartridge is most definately the best way to play them…The results are tightly timed, awash with musical detail and colour…undisturbed by sonic nasties…An insightful, detailed and musical cartridge…”