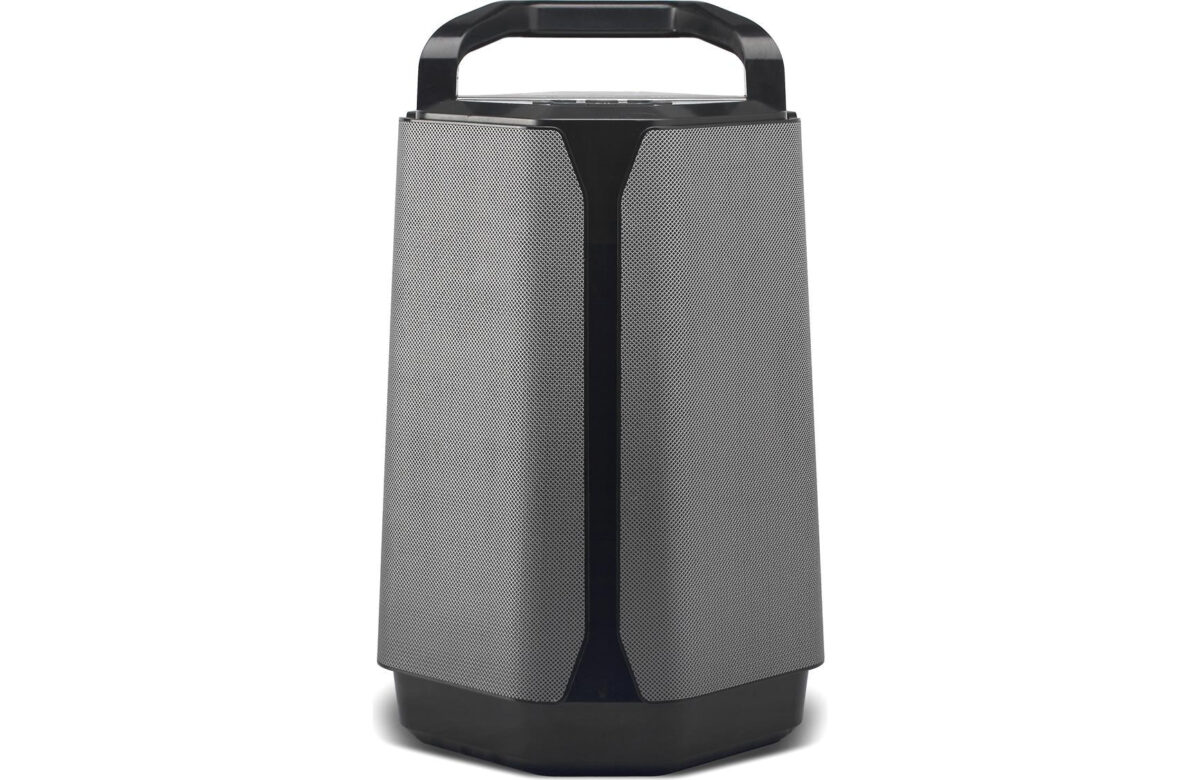 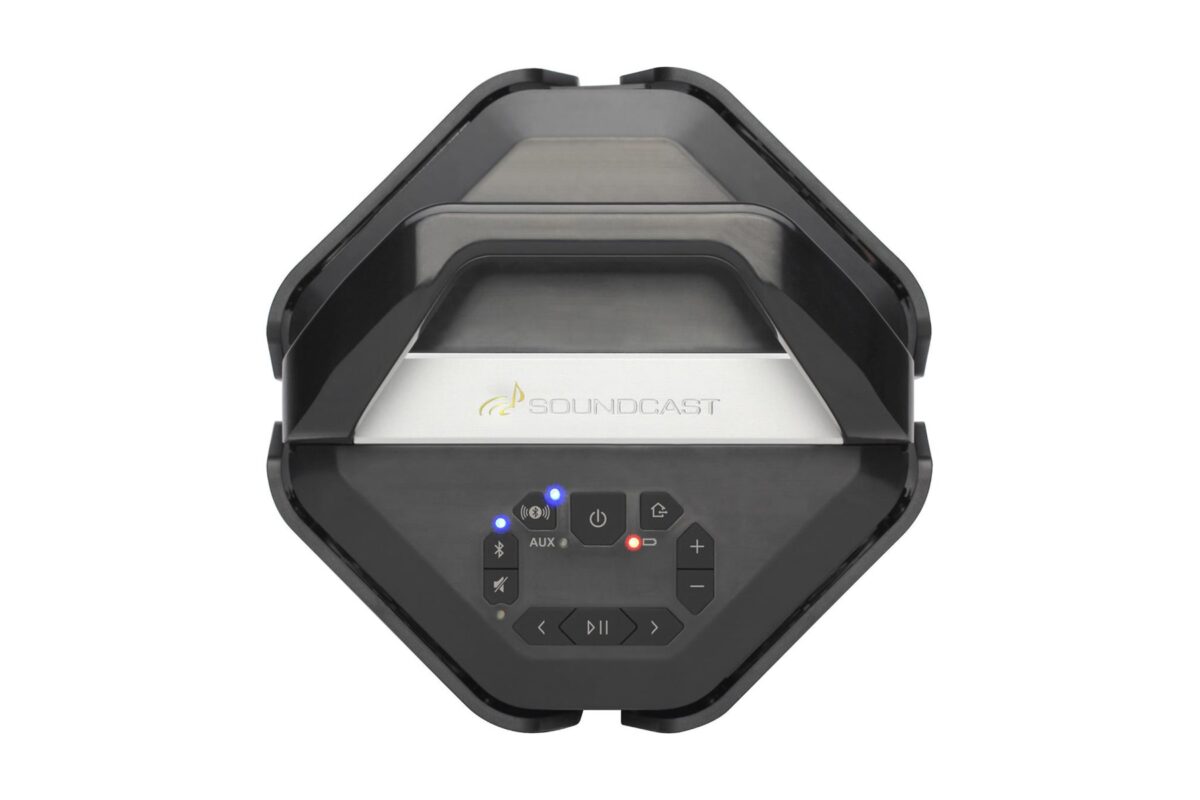 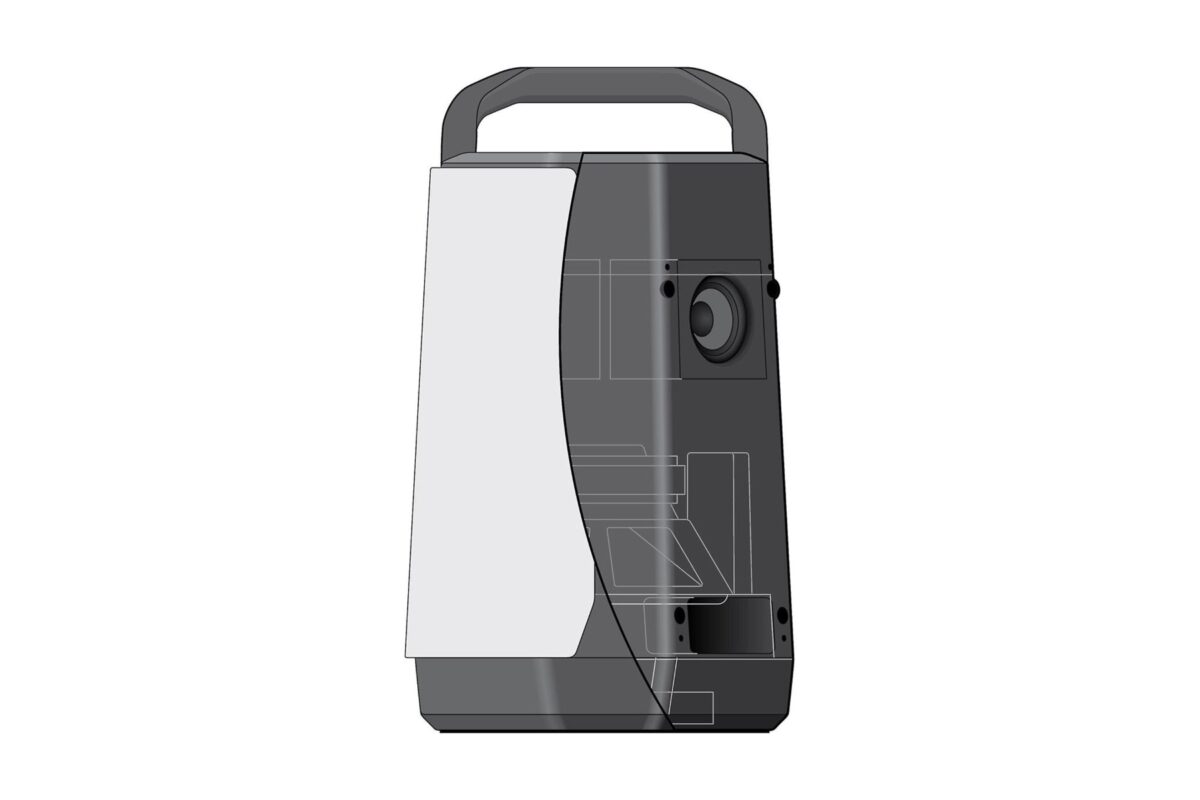 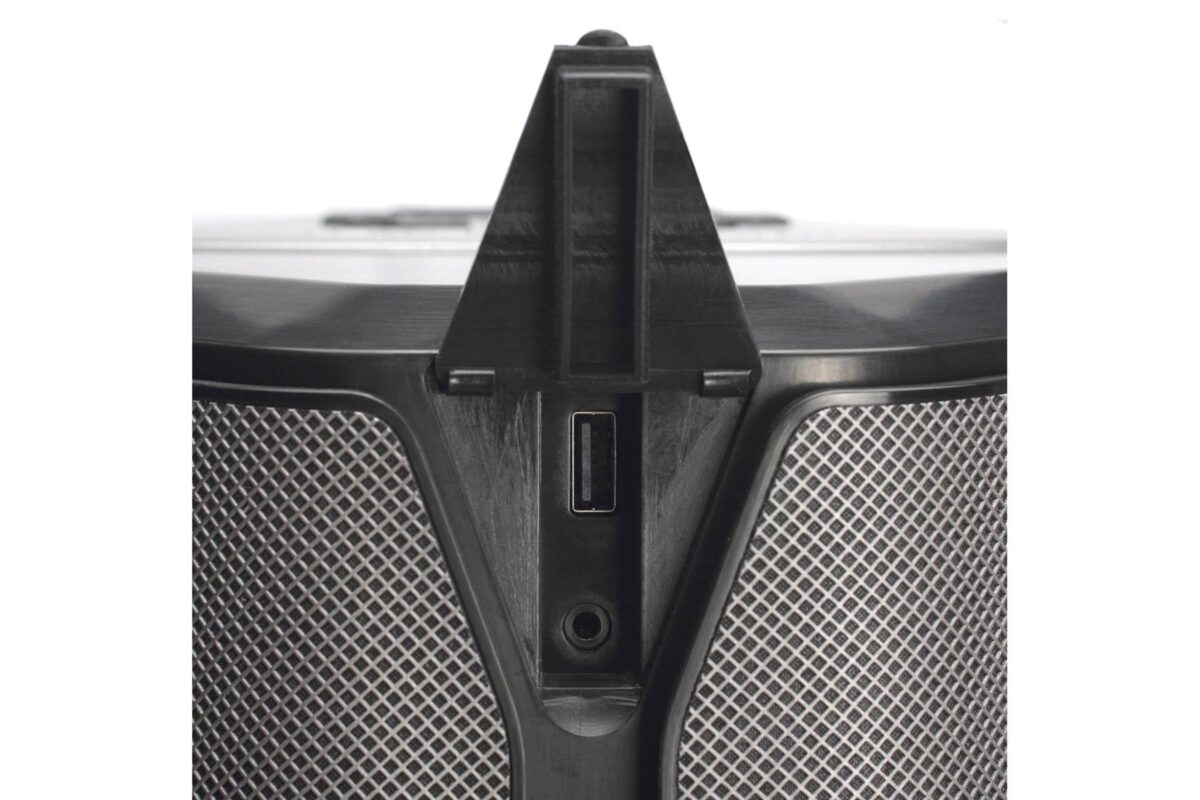 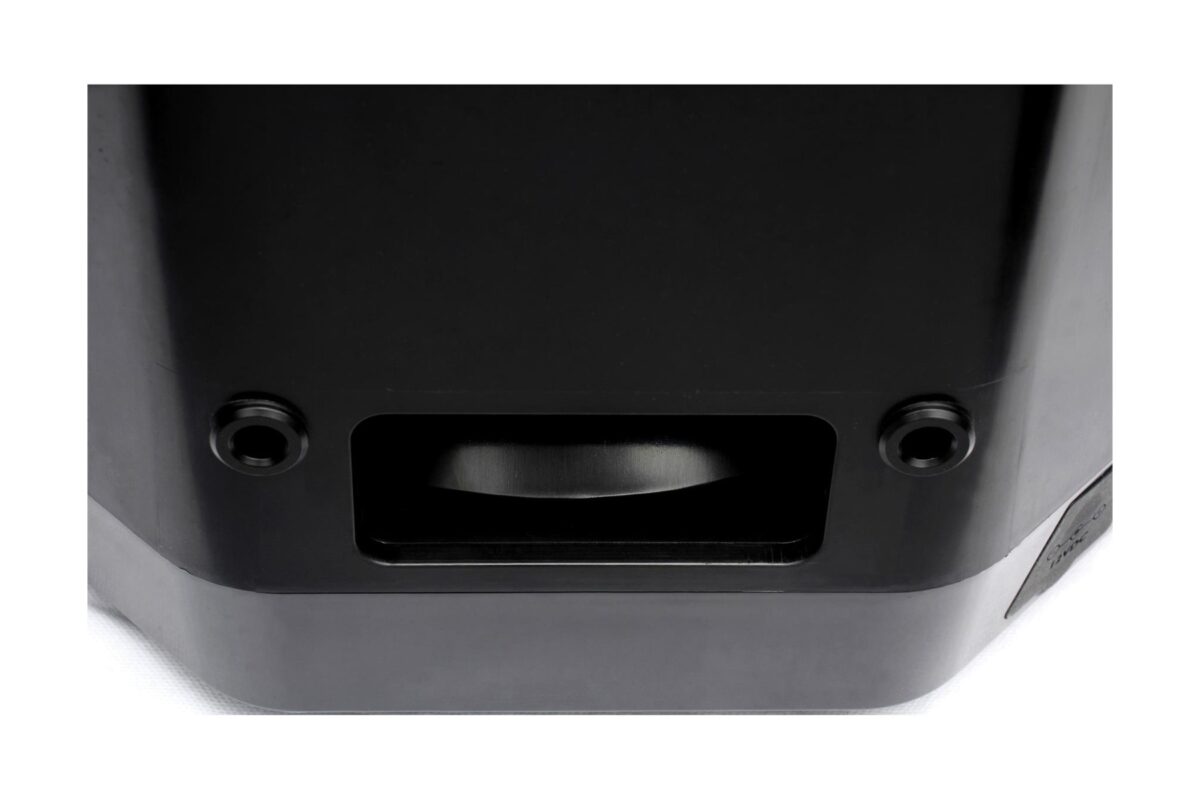 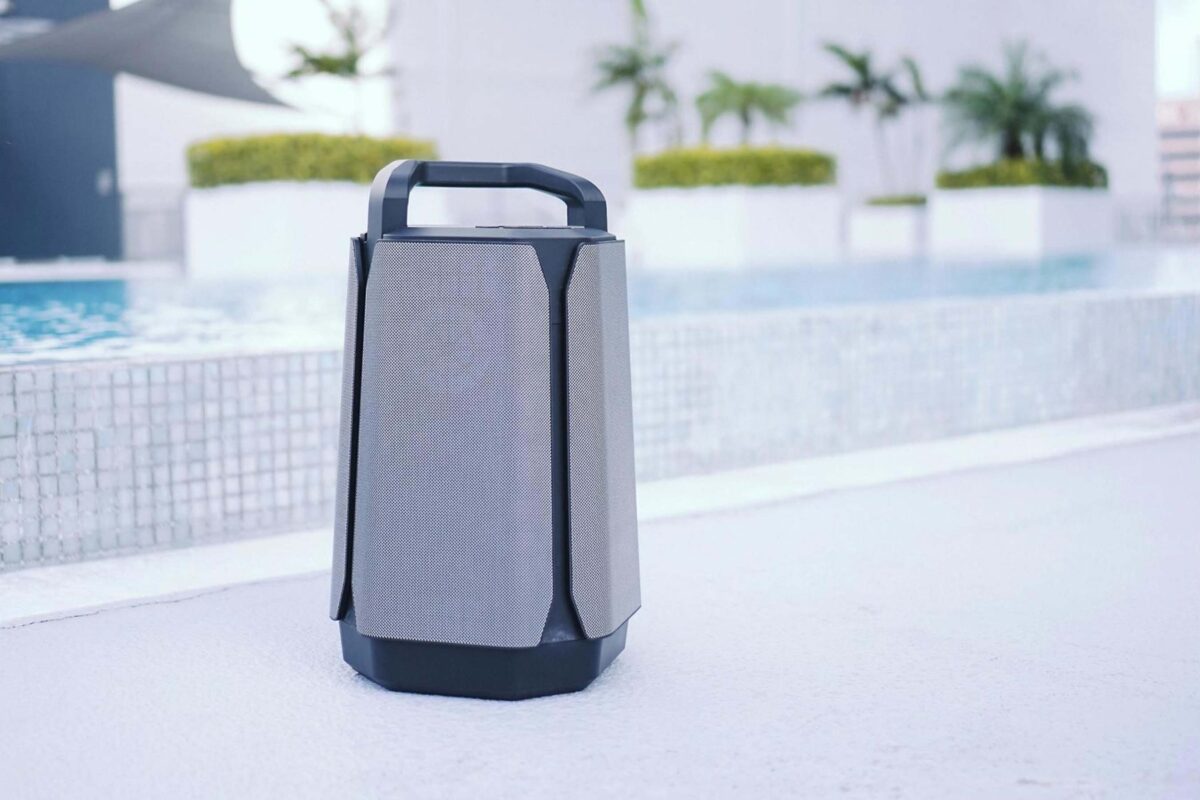 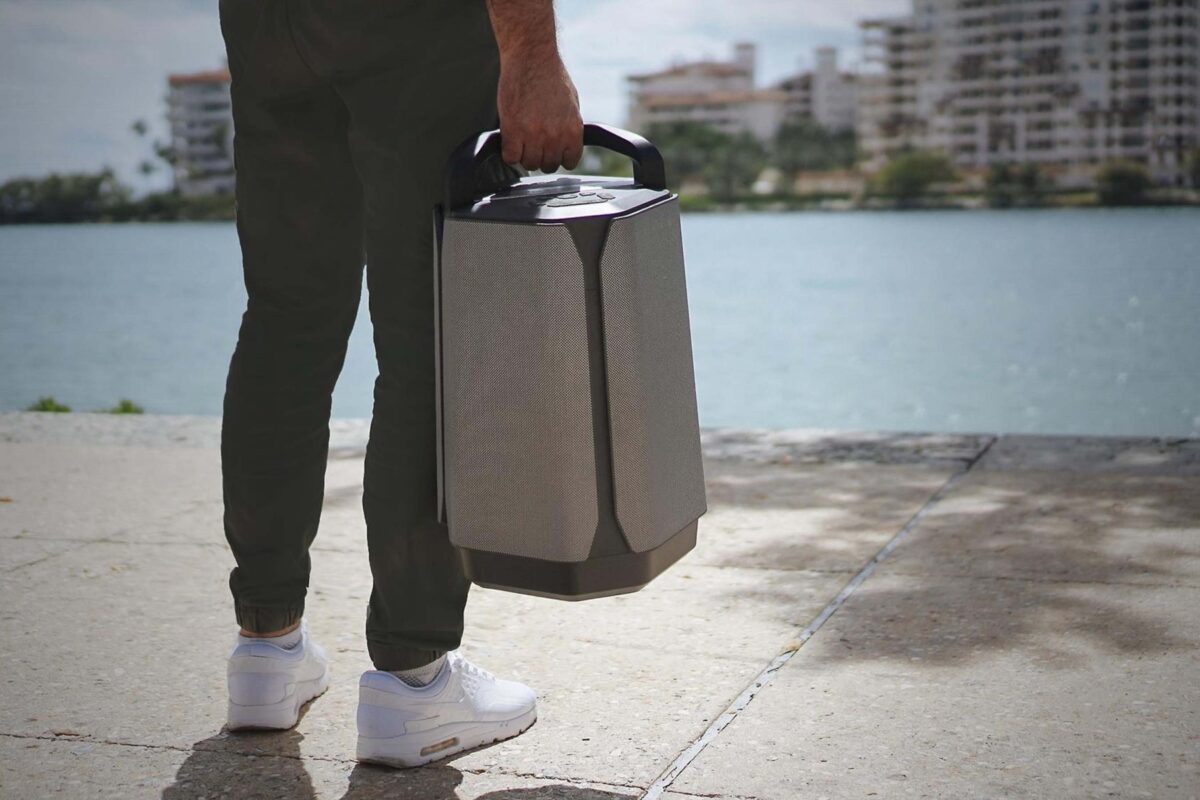 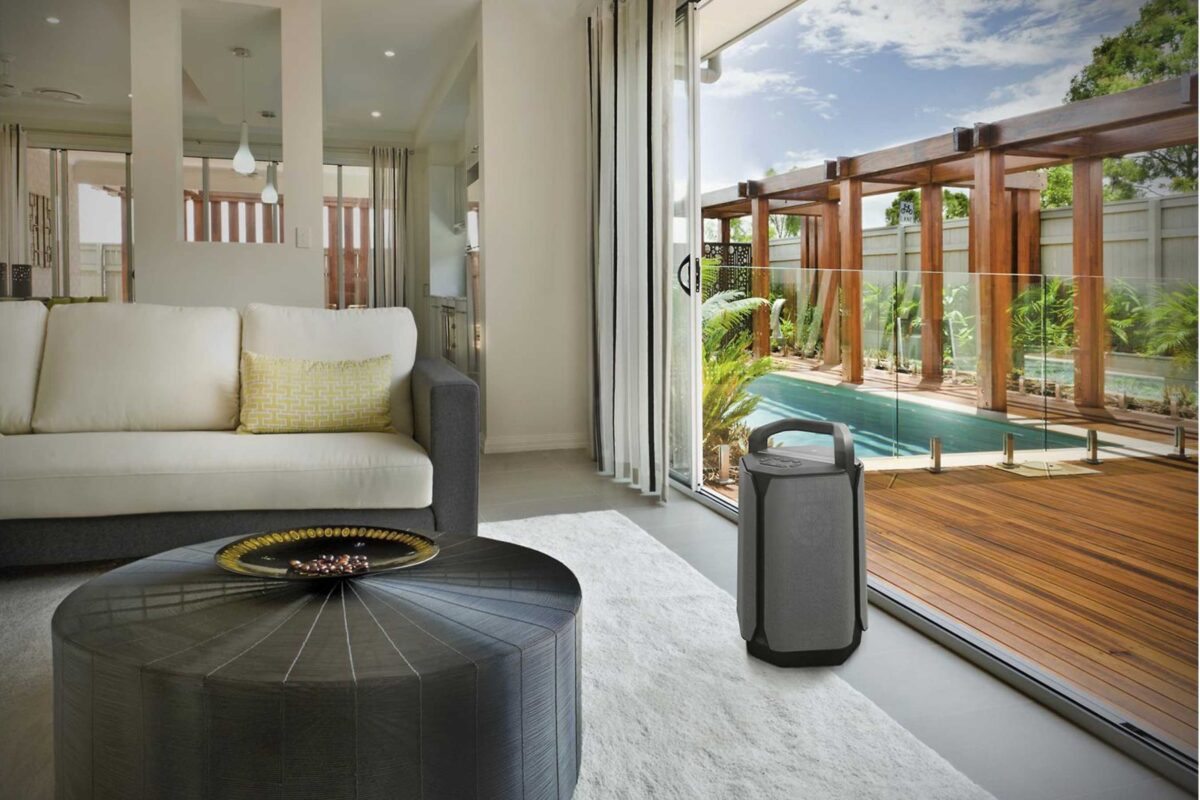 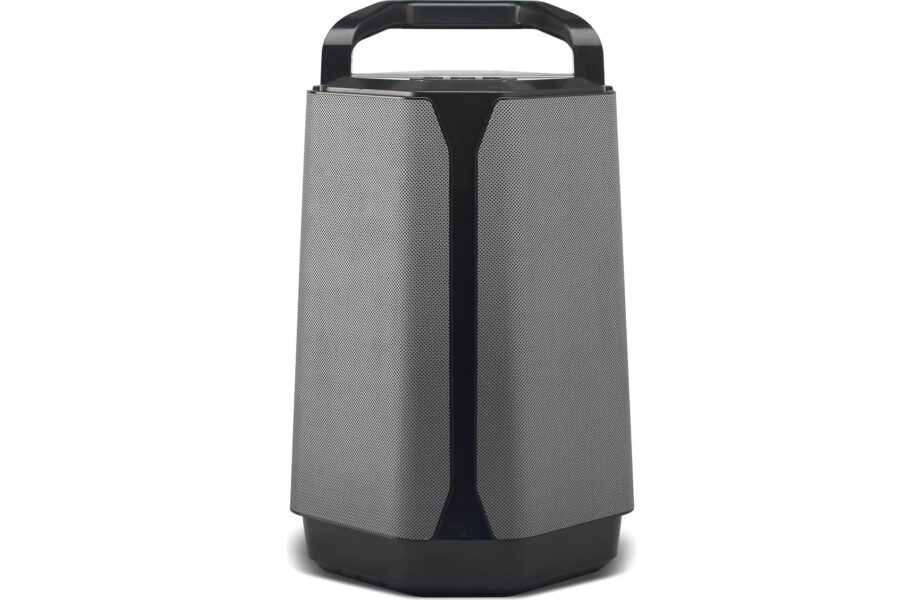 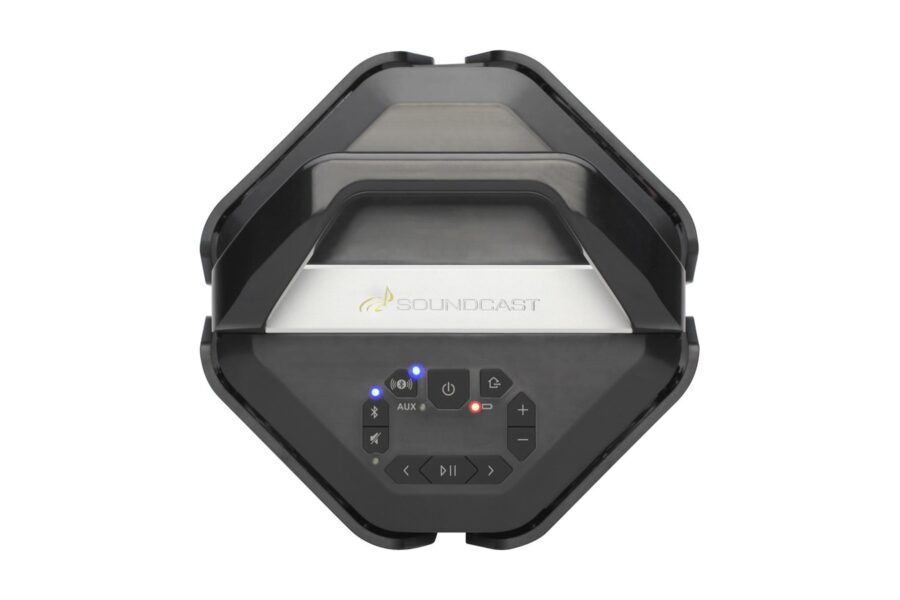 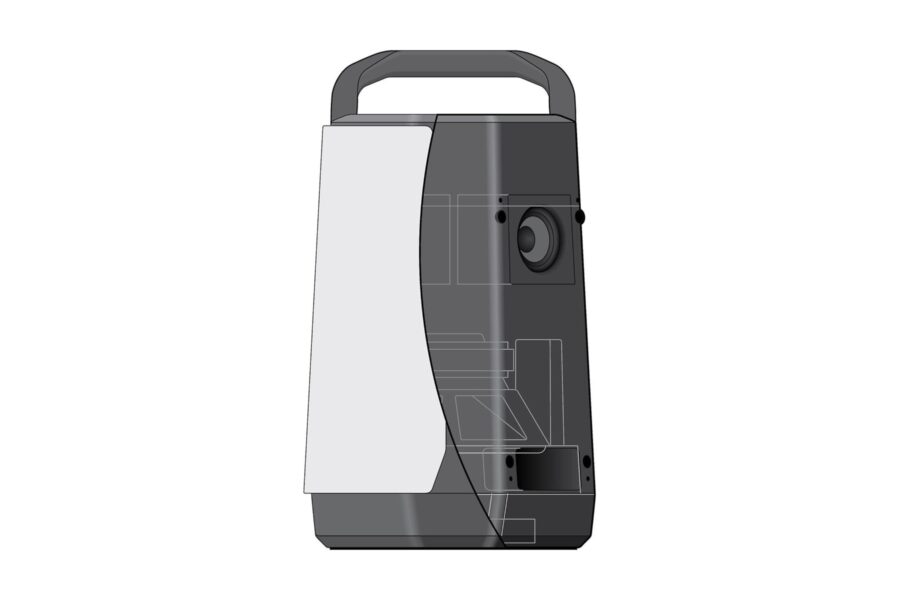 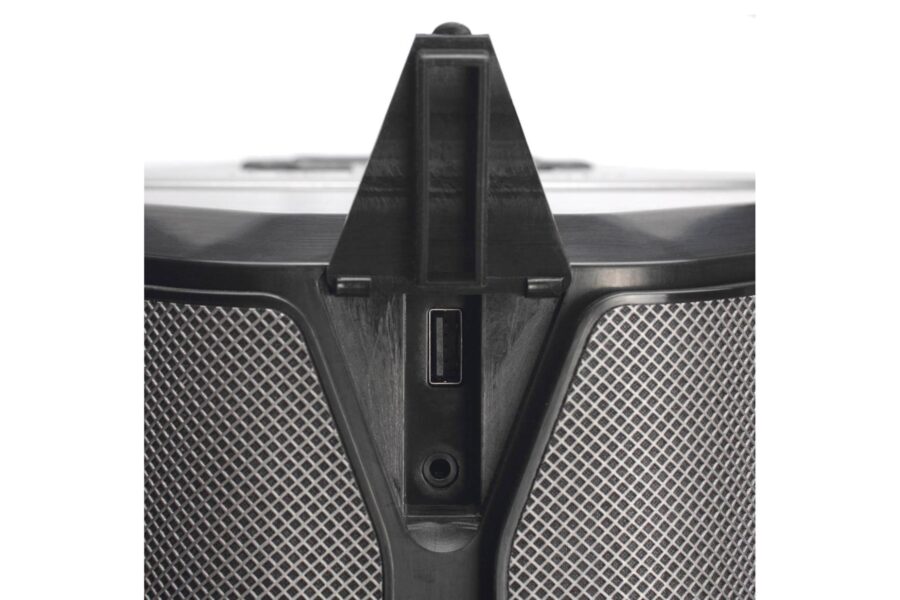 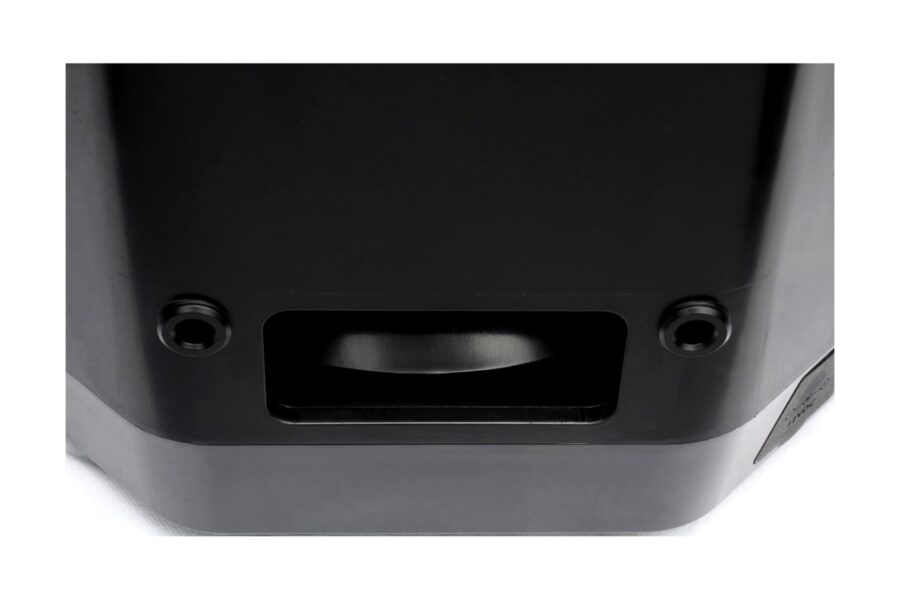 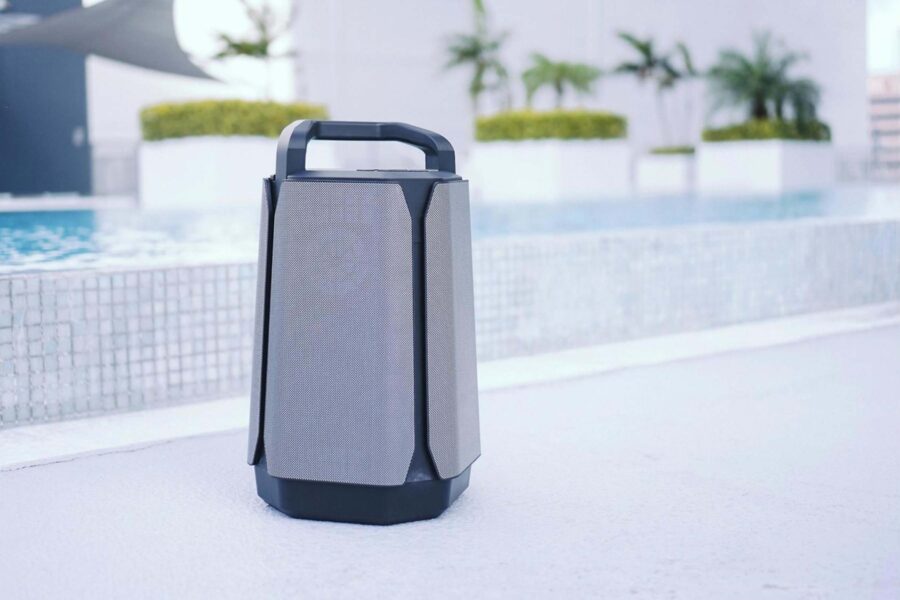 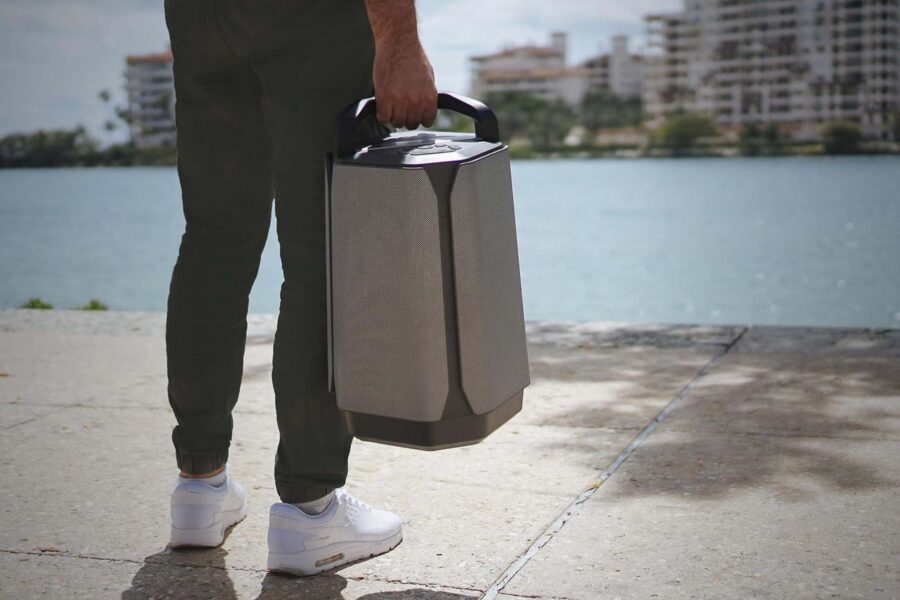 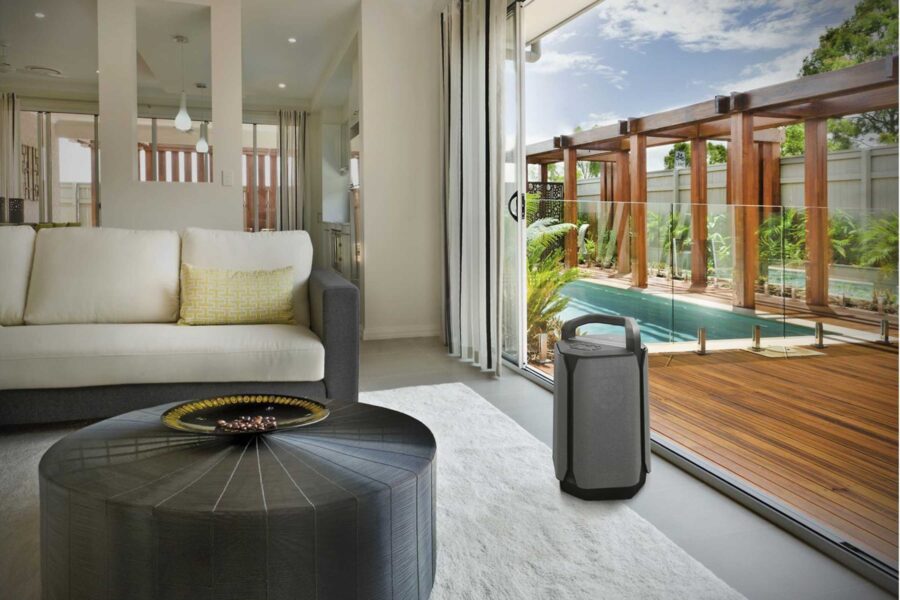 The Soundcast VG7 Bluetooth Speaker – You don’t live with limitations and your speaker shouldn’t either. The Soundcast VG-7 frees you from restrictions with its water resistant design, extended battery life and NFC auto device pairing. Heighten your experiences with a speaker that doesn’t compromise on sound and performance.

The VG7 encapsulates many of the beloved features of previously-announced models including a capacitive touch interface, fuel-gauge LED array and weather-resistant exterior and presents an even richer soundstage. Powered by a long-throw, down-firing 7″ woofer and four 3” full range drivers, the VG7 produces low-end booming sound to fill the expanses of any listening environment.

Finally, a speaker that can do it all. Feature the VG7 front and center to take in its immersive sound and full-range acoustics. Wherever you place it, prepare to be transported to an audio paradise. The VG7 may look humble in size, its sound, however, is anything but small. Four enclosed speakers deliver sound you have to hear to experience.

The VG7 is a speaker that adapts to you, not the other way around. Want to listen to music while relaxing at home? Use indoor mode for sound tailored to your place. Want to move to the patio? Press outdoor mode for custom open-air acoustics.

VG7 has been ergonomically designed to provide maximum comfort and balance while you’re on the go.

You don’t live with limitations and your speaker shouldn’t either. The VG7 frees you from restrictions with its water resistant design, extended battery life and NFC auto device pairing. Heighten your experiences with a speaker that doesn’t compromise on sound and performance.

“Soundcast VG7 gives back in performance and pride of ownership what it asks from your wallet. Its superior build quality is evident from the first moment you lay hands on it, and its combination of superb sound quality, reliable operation, and day-to-day ease of use makes it a product you’ll just want to haul out and enjoy again and again.

Add to this its portability and weather-resistant durability, and you’ve got one serious party on the go. The VG7 is a true leader in its class, and highly recommended.” 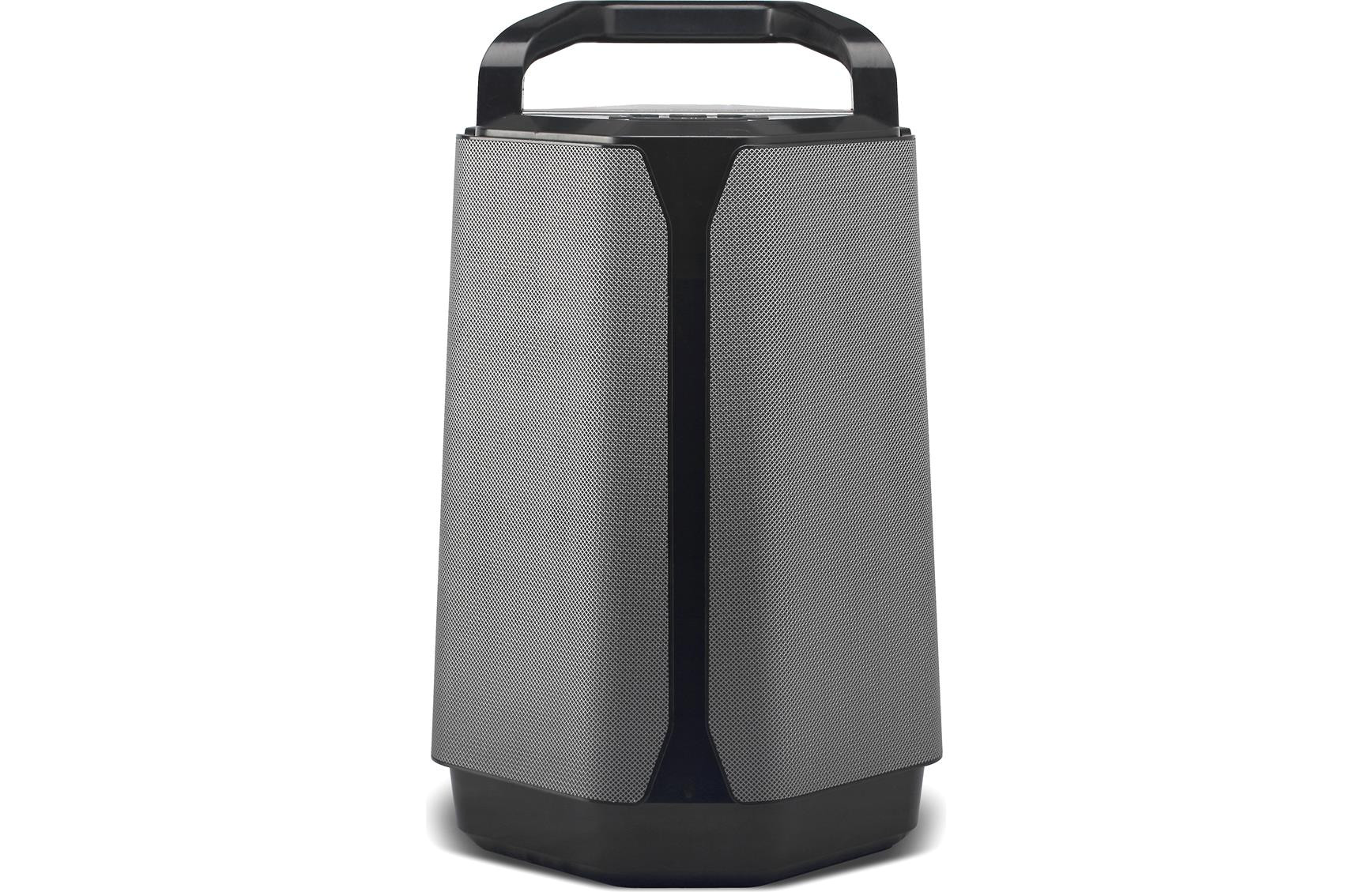